EDITORIAL – As soon as I hit the floor Monday morning, I could tell something was off at this year’s NAIAS (North American International Auto Show).  Initially, I thought it was just my typical pre-event exhaustion, as the team at AACS usually spends the week working late nights and long hours preparing for our annual Sketchbattle and working on our annual client strategic plans.  But it soon became clear that others in the industry felt the same way.  through the past week their tweets and Facebook posts, editorials and articles confirmed my worst fears. The pre-public part of the auto show is dying, and in Detroit they are replacing it with a trade show.

Before we get into the details of what is going wrong, let’s review a little bit of the auto show industry that isn’t always well known.  The first auto show was held in Paris in 1898, and then came to New York in 1900.  The Detroit show was started in 1907 by the Detroit Area Dealers Association (DADA).  In 1957 international manufacturers displayed at the show for the first time, the show moved to Cobo Hall in 1965 and it became the North American International Auto Show in 1989.  The key point here is that auto shows are produced by the local dealers, and not the manufacturers.

Manufacturer involvement was mainly as a support to the dealers.  When the Buick Y-job, world’s first concept car was unveiled in 1938, a new era was started.  Consumer feedback on concepts before putting them into production was a great idea, and has been valid ever since.  But it didn’t really ramp up until the late 50’s thanks to GM’s Motorama.  Since then, manufacturer’s concept cars have been a staple of auto shows. 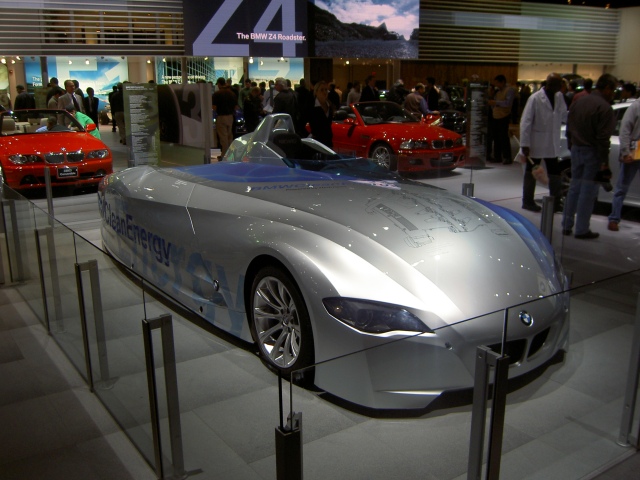 Most major auto shows are split into 2 distinct parts; the pre-public Media time and the Public show.  Media access is coveted, not just because there are no crowds to fight, but because the automotive manufacturers bring out their management teams and typically share insight into their future product plans and strategies.  For this reason suppliers and industry insiders from around the world attend auto shows on Media days whenever possible.  Los Angeles, for an example, allows access for free provided you register early enough.  But in Detroit the organizers cannot grant that same access, through no fault of their own.

As the center of the automotive world, Detroit is home to more auto supplier facilities than any other city on earth.  When you combine the amount of suppliers who want access to the show, with the space constraints of Cobo Hall, there would be no way to fit everyone in the building.  So, to their credit, the Detroit organizers created special  Supplier Days and sandwiched them in between the Media and Public days, to give the suppliers access before the show opens to the public.  By reports I have read, almost 40,000 people pay $110 each for the privilege to attend before its open to the public.

Let’s be clear, the public part of the auto show industry appears to be steady and healthy, although not really growing.   Witness the more than 112,000 who paid as much as $14 each to attend Detroit’s NAIAS opening day.  That equals roughly $1.5 million in ticket sales, a healthy number no matter what industry you are in.  The total attendance record of 838,000 was set in 2003, and last’s years total of 807,000 only missed that by about 3%, so the general public part of the show still works at some level. 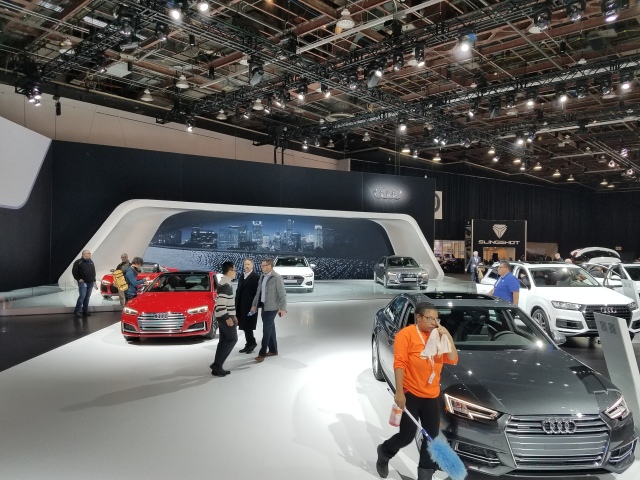 So what is happening to the pre-public show and why do the Media and Industry days feel so bad?  Before I provide some examples, be aware that I am not too fond of people who identify problems and then shrug their shoulders when asked about solutions.  Rest assured, at the end of the editorial, we offer some suggestions to bring back the sparkle.  Let’s start with the manufacturers.  The complaints I heard and saw first hand at the auto show were 1) the missing manufacturers, 2) the lack of production debuts and 3) the lack of concept vehicles.  These complaints are the responsibility of the manufacturers and not the dealers (you can use the hours of press announcements as a measurable symptom of these issues – no reason to have a conference if there isn’t anything to announce).

The missing manufacturers are clear enough.  Porsche and others made the decision long ago that Detroit isn’t a critical location for them because they sell many more vehicles in other locations.  This year Volvo won the SUV of the year award for their XC60, yet Volvo famously did not have an official booth at the show (as first reported by industry savant John McElroy) and was limited to 3 vehicles in the hallway outside .  If this trend continues, the Detroit show is going to end up only having 6 displays, the US Big 3 and Japanese Big 3.

The lack of production reveals is due mainly to manufacturers deciding to start doing introductions off-site.  When 10 vehicles make their debut at an auto show on the same day, the press are the ones who pick the winners and losers, not the general public.  I witnessed the negotiation between a manufacturer and an auto show on a specific time slot last year and it was eye opening – there was a ton of effort put into being early in the day.  The result?  Thanks to new media outlets and consumer’s desires to be constantly updated, it works just fine.  Because the manufacturer can pick time and location, they can make sure they get 100% of the attention.  This issue is not just going to continue, it is going to grow.

The other show problem is the clear reduction in the number of concept vehicles.  Most people don’t understand the time and effort that goes into developing and producing a concept vehicle.  The costs can exceed 3 million dollars, not even considering the opportunity cost of the team working on it (if they are working on the concept car, they cant be working on the next minivan for example).  Aside from the cost, a pure concept can tip the hat to their competition about what they are doing. Added together and the result is manufacturers have curtailed their concept car budgets and most are now only thinly veiled examples of near-term future production vehicles. 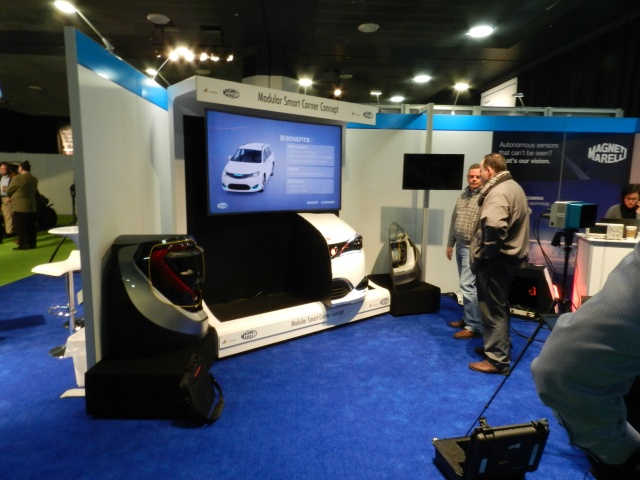 These three issues are bad enough in and of themselves, but they are made worse by the attempt by the show’s organizers to fill the empty show space with other paying customers, in this case auto suppliers.  Since most suppliers only know the business-to-business side of things, marketing of their products almost always defers to a trade show mentality.  Kind of like when your only tool is a hammer, every problem looks like a nail.  This year’s show looked like a trade show and that, my friends, is the kiss of death.  It smells of desperation and a lack of understanding of what the show goers are looking for i.e. there is no engagement.  And all you had to do is look at the faces of the people working the booths in the basement to understand.

So what should we do about these issues?

Let’s concentrate on the suppliers first because they are smaller, more nimble, and since they are new to this game, it should be easy to change their perspective (and automotive supply business development is our specialty).  Suppliers first have to make a decision on who their target market is at the show; existing OE customers, new OE customers or the general public – you cannot be all things to all people.  Considering the show has 3 phases, it would be advisable to have a multi-purpose area that can be setup differently for each of the 3 separate phases of the show.  Auto makers understand this and also change their booths at each changeover.  After media days are completed, some manufacturers remove their concept cars and even occasionally some of the new models.  After the supplier days are finished, some manufacturers bring in additional production vehicles to make sure they have something for everyone for the public days (which is pretty smart considering it is the Detroit Area Auto Dealers who actually run the show).  This year for example, the new 2019 Mini Cooper Hardtop was there for Media on Tuesday, but gone for Supplier day on Wednesday. 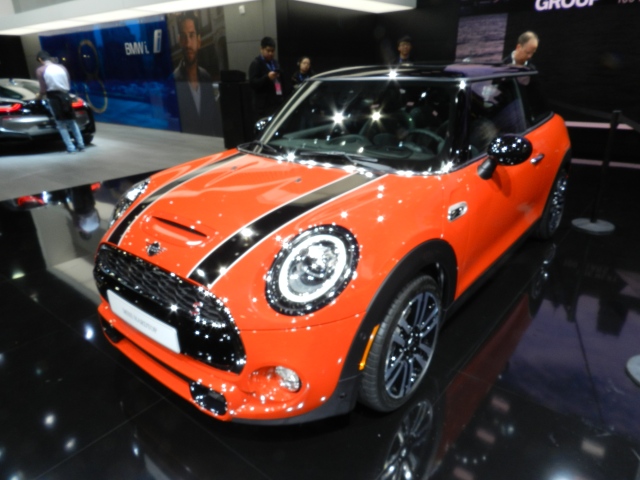 What about the show organizers?  The Media days are full of important OEM people, the Industry days are full of suppliers and the public days, well, they are full of the general public.  Industry days specifically are an issue, tickets are $110/day and many people who work at the automotive manufacturers are both restricted from accepting a ticket from a supplier and aren’t reimbursed if they are paid for personally.  Industry/Supplier days should be FREE for anyone who works at a car company.  Anyone!  Why?  Because the suppliers are buying booth space and hospitality  because they want to interact with their customers.  Since so many people in Michigan hunt, think of this as baiting a field.  Why isn’t this being done NOW?

Finally, we are not going to convince OEM’s to suddenly come back to Detroit, bring vehicle debuts back to the auto shows or start putting money back into concept vehicles.  Without those elements, auto shows will continue to work for the public, up until the point they don’t.  For most car buyers the idea of being able to see pretty much every vehicle offered for sale in one location is not so much a matter of passion, as it is about efficiency.  If the number of vehicles at the show continue to decline, eventually it won’t be so interesting or efficient to attend, and then even the public part of the show will be in trouble.  In other words, the show will stop engaging the public and they will vote with their feet by staying home.

So it is up to the supplier community to bring the excitement back to the auto show, and if they can do that the auto manufacturers will come back.

The bottom line is engagement, and in this case there isn’t much.

Either the show organizers and supplier companies wake up soon, figure out a way to ENGAGE or the auto show as we know it will cease to exist.

PS One final thought.  Why hasn’t someone, anyone, put an electric gokart track in the basement?  Seriously, the opportunities are almost limitless.

Frank Schwartz is the founder of CarFriend.me and Advanced Automotive Consulting Services, partner in The Middlecott Sketchbattle Experiment and serial entrepeneur. A long time automotive enthusiast, Frank started reading car magazines at the age of 8 and has spent 30+ years working inside the automotive industry. In his spare time Frank races with the Sports Car Club of America, spends time working on his numerous project cars and supports many local charities.
View all posts by Frank Schwartz →
This entry was posted in Supplier Spotlight. Bookmark the permalink.