Perhaps the greatest mix of design talent the Middlecott Sketchbattle Experiment™ has ever assembled will fight to the death on the main floor of world famous St. Andrew’s Hall Tuesday night January 16th.  And while we do not expect any to have physical injuries from 3 rounds of sketching (other than blisters on their fingers), we cannot say the same for their egos.  As per usual, students and professionals alike will compete in three 30 minute rounds with roughly half eliminated after every round.  So, without further delay, read on to meet the sketch-battlers……

Andres Bastidas is a student at LTU who hails from Cali Columbia.  We met Andres several years ago when he won the Designing for the Future award as a High School student, and then ran into him again last year racing at the Designer Night at the Races event in San Jose CA while he was interning in Silicon Valley.  As a long time classic european Ford fan (witness my stable of Fiesta MK1’s), I had to use his Cortina concept here, but I could have just as easily chosen Andres’ Audi LMP-X on his Behance page..

Ankit Ukil is a freshman at CCS and comes from India.  We do not have a bio for Ankit yet but you can check out Ankit’s design instagram here.

Aurel Francois graduated from ISD in France in 07 before starting his first job at Local Motors while the Rally Fighter was being developed. He moved from AZ to the D a couple years ago to join Faurecia. A man after my own heart, he digs his AWD Subaru Impreza in the snow, misses his manual 2001 Golf from AZ and nurtures the ambition of owning an flat fender Alpine A110 Gr IV in the future (today’s trivia – I designed the cruise control system on the A310).  He complains that he does “too much digital work these days” but loves the Sketchbattle “because it gives me an excuse to get high on the fumes of AD Chartpaks”  You can find more of Aurel’s work on his blog here. The returning 2017 Detroit Sketchmaster has decided to return and defend his title belt.  There is not much to say about Casey, not because he is boring, but because he is a private person who eschews the limelight.  So we will let his work from last year speak on his behalf.

The 2017 Las Vegas Champion is also flying in to compete in Detroit.  Daney Chhang is from Dallas TX and has previously worked for Faraday Future.  He went to school at Art Center College of Design and currently does freelance work through his design firm Daney Chhang Designs as well as working for Embraer Jets.  No need to go through too many details here, ready about Daney’s fantastic win here. 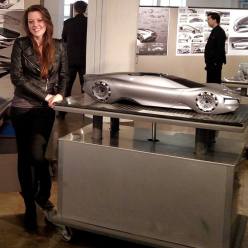 Darby Barber returns to try and reclaim the belt that eluded her the past two years.  All you need to know about our Darby can be found in the profile we did when she won the 2015 Sketchbattle in Detroit.  Since then Darby graduated, got a job, and continues to work on her monster Miata.   But you can always check out Darby’s portfolio here.

Dhruv Vererkar is our second contestant from India in this year’s competition, a great example of design’s global reach.  He has lived in the Seattle area for the past 8 years and is now a student at CCS.  We don’t have any other info yet, but you can find copies of Dhruv’s work here.

The 2017 Detroit Student Champion is returning a little more seasoned as a result.  Ian is originally from Superior, Wisconsin currently attending the College for Creative Studies. Ian has interned at Faurecia, Kesta Aircraft Company and most recently Ford.  You can see more of Ian’s work on his website.

The shortest bio we received was from Justin Sorum and it contained 3 words  “CCS, from Minnesota”.  We creeped on his LinkedIn profile and found out he is currently working at Ford.  Really that’s all you need once you see Justin’s work here.

Kayvan Nadari (known as K1 to his friends) intuitively observes products, spaces or services and wants to make them better. Kayvan is from Los Angeles, was also a student of Art Center and currently works for Scenario Cockram USA IncAs a designer, his main goal is to create aesthetically pleasing spaces and products which deliver strong content to a variety of demographics.  He describes himself as a “Music lover / Coffee drinker / Explorer” and “-  Ted Talk is my jam!” You can see Naderi’s portfolio here.

Marcus Jones is a student at CCS and we are waiting for his bio and picture. 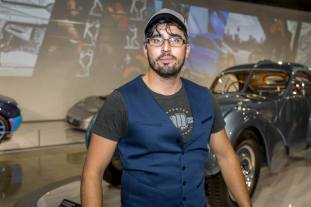 Ryan Goimarac currently holds the record for most different Sketchbattles competed in.  This is not a small feat as the quality of competition continues to increase, as well as the number of people who want to compete also has grown.  the result is it is harder and harder for people to be chosen, especially if they haven’t won before, so it is a tribute to Ryan’s improvement over the years.  Ryan is orignially from Colombia but presently living in Rochester, MI.  He graduated from the College for Creative Studies  in 2015 and is currently employed by FiatChrysler Automobiles and is an Automotive Design teacher at the Drive One Academy in Roseville, MI.  You can see examples of Goimarac’c work here. 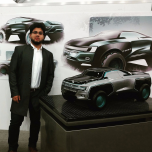 Shubham Singh is our third contestant from India and also a student at CCS.  We don’t have much more we can share, but you can see Shubham’s portfolio here.

The 2017 Los Angeles Champion is flying in to compete and you can read about Xander’s recent win here.  Xinhan Wang, aka Xander is originally from China and also competed in the last event in Las Vegas, where he led the first two rounds.  A student at Art Center, you can see some of Wang’s work here.

So, there are your contestants.  Bragging rights are also on the table as two Design Schools are currently for most wins overall.  Will CCS or Art Center move ahead, will LTU, Cleveland, Cincinnati or one of the other domestic schools close the gap, or will we have the first winner from an International University?  Come to St. Andrew’s Hall and find out.

As of this morning we had less than 100 tickets left to the event.

Don’t wait until the last minute and get your tickets here.

Tickets for the 2018 Detroit event can be found here

The Middlecott Sketchbattle Experiment™ is presented by

AACS (Advanced Automotive Consulting Services, LLC) is a business development consultancy working in all aspects of the automotive industry.  AACS specializes in helping automotive suppliers with their difficult objectives like introducing new technologies, expanding business onto new continents or breaking down walls to bring in new customers. We are experts in customer engagement!

MIDDLECOTT Design is an international design organization based in Detroit, Michigan. As Detroit’s premier design consultancy, MIDDLECOTT will supercharge your brand through its award-winning formula of high-octane design.

For the 2018 auto show edition of the Middlecott Sketchbattle Experiment™, we are proud to bring together the Detroit Art and Business Community with assorted engineers, designers and gearheads to celebrate Automotive Design, all the while benefiting Project Beautiful – Inside and Out.

Project Beautiful – Inside and Out is a  501(c)(3) non-profit organization that was created “to build confidence and inspire hope as individuals and families …in our community…. rebuild their lives”.   This is especially important for women in shelters and similar situations.  The charity provides some “niceties” in addition to the “necessities” (a roof over their heads, meals, clothing, etc.) which will help build confidence and inspire hope in these individuals when they need it most.