In keeping with the theme of Thanksgiving week, I was disappointed to learn that the Sunday after black Friday does not have it’s own name.  But luckily, I stumbled across a movement to call it “Sofa Sunday”, and to me that kind of fits with the image of the 8 professional designers entered in the Middlecott Sketchbattle Experiment™ Los Angeles presented by BASF sitting back, confidently, and just waiting for the competition to begin.  Obviously, they are probably just as nervous and excited as the students, so here they are…….. 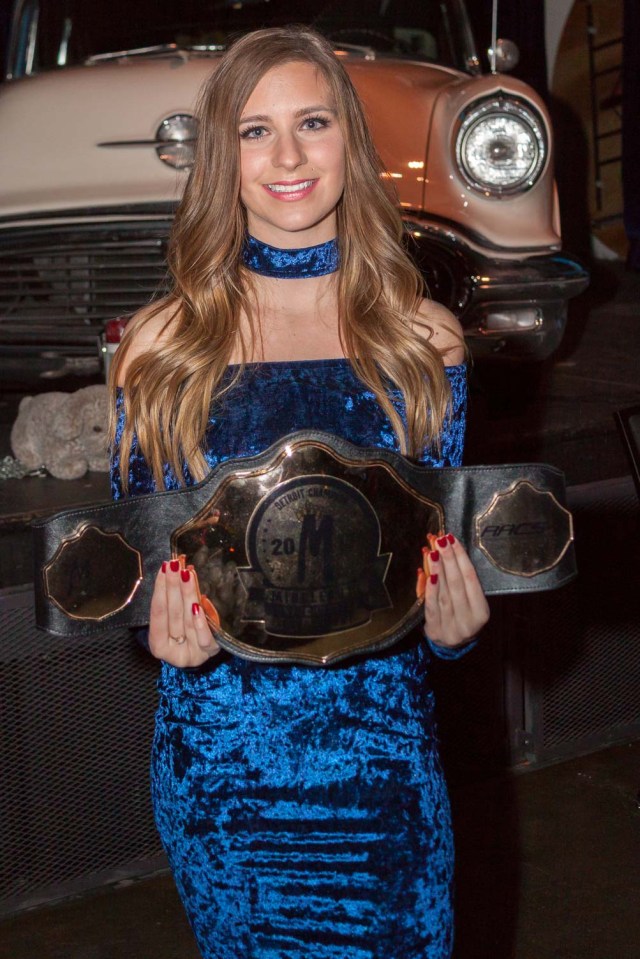 John Frye is the defending Los Angeles Sketchmaster, and we are excited that he has chosen to sketch again to defend his crown.  Frye grew up in Bend, Oregon and went on to study Transportation Design at Art Center College of Design in Pasadena, California. With experience designing vehicles for Hasbro,  Activision, and Boeing, John established a career at Honda R&D where he is currently Principal Designer, group leader of digital modeling group. Over nearly 20 years, he has been a part of the development of many models and showcars such as Honda JV-X, Spocket, Ridgeline, Element, Acura RDX Concept, Acura TL and NSX. John was designated design project lead on the 2003 Acura CL, Studio-E Concept, and 2005 Civic Si Concept. He spends his spare time collecting vinyl records, sketching like a man possessed, and eating ramen. John teaches the Concept Vehicle Design course at Concept Design Academy in Pasadena. Check out John’s portfolio here, his art here and his Instagram here. 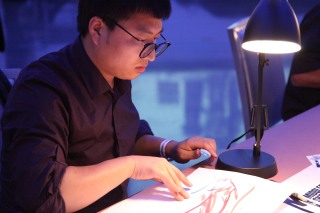 Earlier this month at SEMA, Daney Chhang won the title of Las Vegas Sketchmaster and has decided to compete again in LA.  Daney Chhang is from Dallas TX and has previously worked for Faraday Future.  He went to school at Art Center College of Design.  Chhang currently does freelance work through his design firm Daney Chhang Designs. 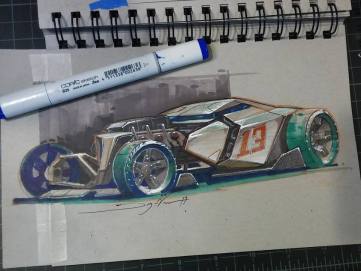 Hailing out of El Paso Texas, our third contestant Dwayne Vance is currently Senior Design Manager for Fly Racing.  Vance graduated from Art Center in 2000 with a BS in Transportation Design.  He is perhaps best know for his awesome series of books, Masters of Chicken Scratch.  This is Dwayne’s first competition, as he sketched for charity at last year’s Los Angeles event. 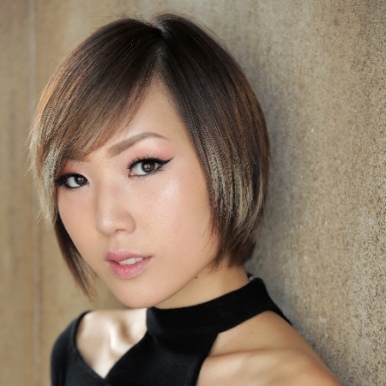 Jessica Kim is a LA based concept designer working in the entertainment media industry covering a spectrum of features, episodics, commercials, and interactives with a focus in pre-production. Her specialties include characters, environments, creatures, costume design, vehicles, props, with an emphasis in character design. She graduated from Otis College of Art and Design in 2013 with a BFA in Digital Media, and also has a background in fashion design. Jessica told us she loves going back to using traditional mediums such as oil paint, copics, ink, charcoal and carbothello– and carries her sketchbook in her purse everywhere. Traveling to new cities/countries to view new and interesting elements for inspiration and reference is a passion, so far she has managed Paris, Barcelona, Seoul, NY city, Detroit, and hopes to explore many more.  Check out Jessica’s website here.

Kayvan Naderi is from Los Angeles, and also goes by K-ONE.  Naderi was also a student of Art Center and currently works for Scenario Cockram USA Inc.   Naderi claims to be a Music lover / Coffee drinker / Explorer. “I naturally observe the spaces we live in, the products we use and want to make them better.” You can see Naderi’s portfolio here. 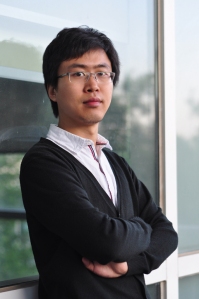 Unfortunately we are still waiting for background in formation from Wu Di, as he was an extremely late addition to the competition.  He currently works at CH Auto in China.  His sketches are awesome – this should be fun!

So there you have your 17 contestants.

Be sure to come back this week to read the rest of the story:

And don’t forget to make a donation in advance

We expect a rather long line at the event and having your tickets in advance will shorten your queue time.  Also don’t forget we support students with deeply discounted advance tickets.

Tickets for the 2017 LA event can be found here