10 years of Designer Night at the Races™ come to SoCal

Its time to celebrate 10 years of Competition, Camaraderie and Charity as the 2016 Designer Night at the Races™ presented by Lacks Enterprises events are open for registration.  Its hard to believe that the first event was 10 years ago, March 22, 2006 at Dromo One in Orange California to be exact – and the Lacks team has been there for every one (you can see the pictures from the past events here).  While its been just four short months since the 50th event, we are sure there will be a ton of questions to be answered like “Where?”, “When?” and “Can I bring a guest?”.  So read on to as we do our best to answer them all, including: 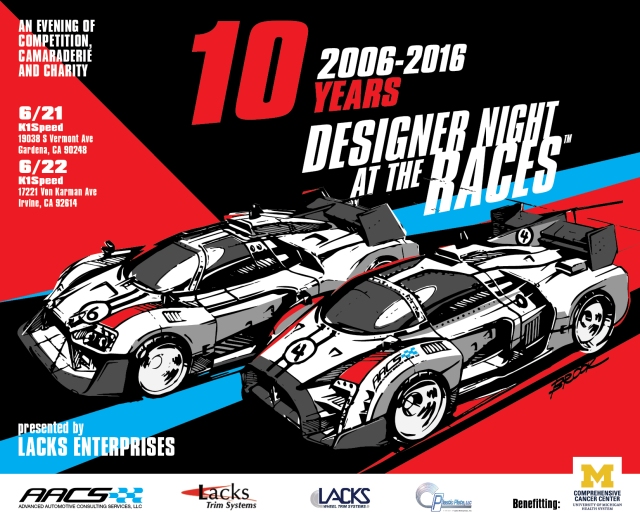 You can download the flyer here: Designer Night at the Races – June 2016

The answer to the basic questions are easy:

Guest Policy:  OK, as we have started to have some issues – I felt the need to be very clear about the GUEST POLICY. We have always openly welcomed guests, however, as we have become pretty much full to capacity, allowing a guest to race means a designer gets left out of the fun.  So guests are welcome to come and cheer, share some food and drinks and hang out  but they MUST register with your email address and mark the box not racing (so we can manage the food and drinks).  The event is designed specifically for the design community and we would like to keep it that way – not to be elitist – but because we have limited space to race.

So in addition to this being 2 days of awesomeness that is racing gokarts (the Competition part) against people you went to school with (the Camaraderie part), it is important not to forget that we are doing this to support the fight against cancer (the Charity part).  We have a couple of pretty important announcements about that.  Best of all?  Its all a benefit for the University of Michigan Comprehensive Breast Cancer Center!

First we will have a pretty awesome prize to be given away in a charity auction.  In Detroit we gave away a Bridgestone Winter Driving School but as there is little snow in LA, we figured something else would be more appropriate.  Don’t worry, it will be just as cool.  Speaking of the Winter Driving School, I went this past winter (Part 1 here and Part 2 here) and it is a 5-star recommendation. 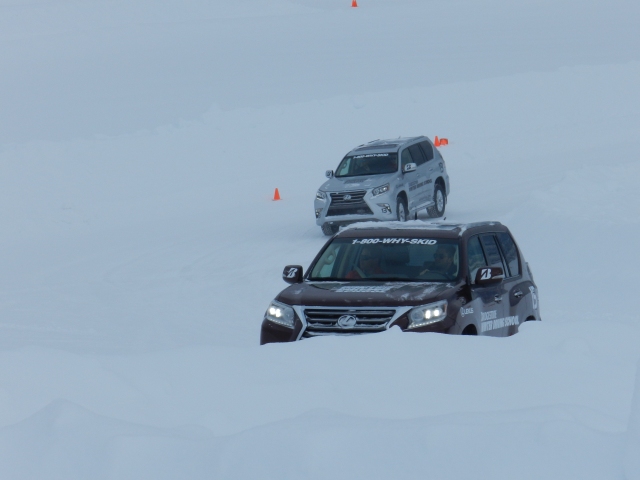 While we won’t have the 10 year anniversary shirts on hand for donations (that comes in the fall), we do have a limited number of the 50th anniversary shirts from last fall left over.  Make a $25 donation to charity and get a shirt! Last year we raised over $1000 in California to stamp out cancer and just this past May we raised over $3000 in Detroit – let’s pull together and see if we can’t beat that record in 2016! 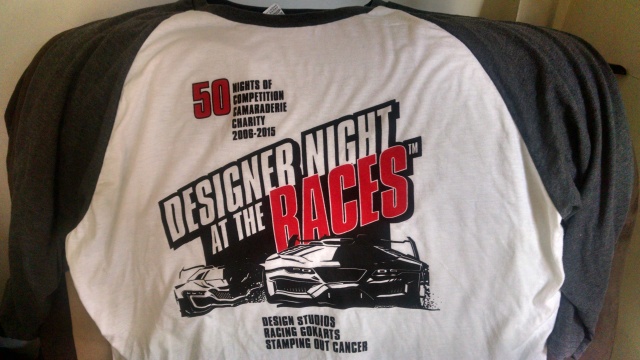 As in the past spring events, we will be having a mini-car show outside in the parking lot.  The Staff will be posing with the cars for pictures and in keeping with the tradition, the car show winners get the biggest trophies (see the pic below).  So bring something cool and awesome – our winning criteria is typically pretty obscure, so trailer queens rarely win.  In the past we awarded trophies for “Best Patina”, and “Car I most want to drive for the weekend”.  So break out that 66 Triumph from winter storage (car or motorcycle, we don’t discriminate) and come join us for some bench racing in the parking lot.

Finally, we wish to thank out generous partners who have done so much for the Design Community in Detroit – namely  Lacks Enterprises.  Without , their awesome support we could not plan and organize these events.  And since I always forget to mention what we do at AACS, you can read more about us here and even get a free download of our report on Lighting and Interior Electronic Trends. 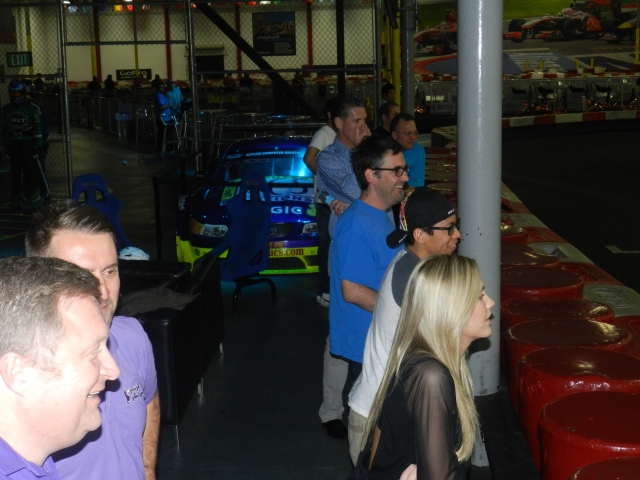 One final, final note.  I hear from many that they don’t want to come and race because they are “slow” and “not competitive”.  While I admit there are some really fast people who attend, there are also some really, really slow people (you know who you are).  Take a look at the picture above at some of the faster people rooting for some of the slower ones.  There are 30-50 people racing each night, and the advantage we gain with having so many is that we separate people into groups with people of similar skill levels and lap times.  No matter who you are, I assure you it will be a great time and you will talk about your experience for days and weeks afterwards, whether you race or just hang out and cheer others on. 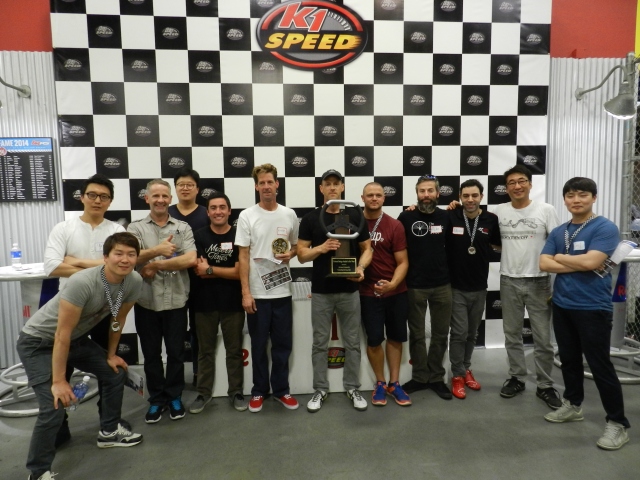 Oh, I almost forgot, here are the answers to the questions at the beginning:

And here is the link to register.

Frank Schwartz is the founder of CarFriend.me and Advanced Automotive Consulting Services, partner in The Middlecott Sketchbattle Experiment and serial entrepeneur. A long time automotive enthusiast, Frank started reading car magazines at the age of 8 and has spent 30+ years working inside the automotive industry. In his spare time Frank races with the Sports Car Club of America, spends time working on his numerous project cars and supports many local charities.
View all posts by Frank Schwartz →
This entry was posted in Designer Night at the Races and tagged Designer Night at the Races, Lacks Enterprises, Lacks Trim Systems, Lacks Wheel Trim Systems, Plastic Plate Inc.. Bookmark the permalink.