And the Winner is crowned – Designer Night at the Races™ #53

Night #3 of Krstin Shaw’s reports.  After 3 nights of racing I was too tired to write. Ed

Designer Night at the Races™ #53 was a big night for first-time attendees. 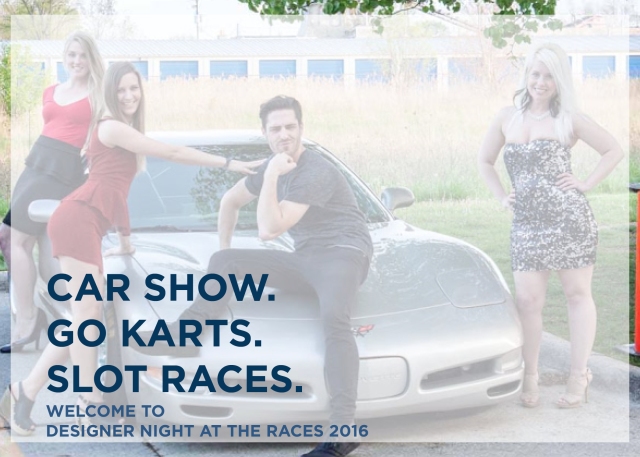 Frank’s mission for this event was incredibly evident – bringing Competition, Camaraderie and Charity to designers in the automotive industry. The bi-annual events serve to bring everyone together, from different companies for a chance to talk shop and have a little playful competition.

The inaugural event took place in California 10-years-ago, and had 18 registrants and 16 attendees. 52 events later, the demand to attend this one-of-a-kind event has grown to the point where it is now split into a three night event, which takes place annually in both spring and fall.

In total, over its history these nights have raised over $10,000 for various cancer organizations and has provided networking and a good time for members of the industry.  The past 3 nights set a new record as $3,000 was raised for the University of Michigan’s Comprehensive Cancer Center.

If you forgot to donate, here is the link.

On the final night if the event, the racing schedule was adjusted so that drivers were able to have a 2nd qualifying session. With a crowd full of first-time racers, the anticipation and excitement was felt through the room.  The weather also proved to be a little nicer, which worked out well for the car show. For the Car Show portion, Brian Baker’s BMW Z3 won the award for most appropriate car in the show as it was the only convertible.

The Slot Car Challenge was a fun part of Wednesday night’s event that introduced another angle of competition. With 12 “drivers” it was Omar A. (FCA) that took first with 3.288 seconds, edging out Stuart W. and scoring 9 bonus points for FCA. 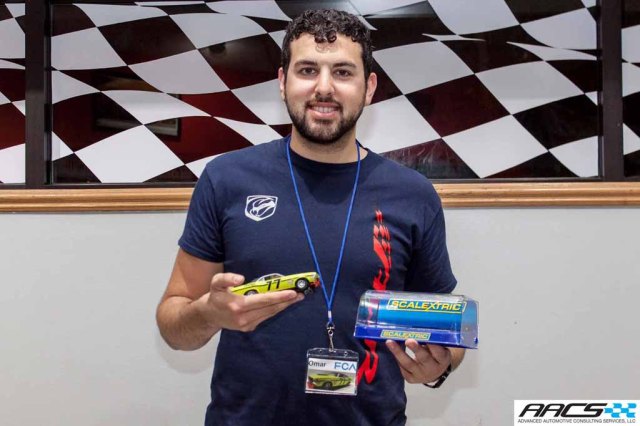 In the C-Main Race, Darnel A. started 3rd and took home the win.  Bob B. started on the pole and finished 2nd while Mihai P. moved all the way up from 8th for the final podium spot.

In the B-Main it was a battle between FCA, Ford and GM as Adam H. came out on top followed by Chris N. and Mac N. 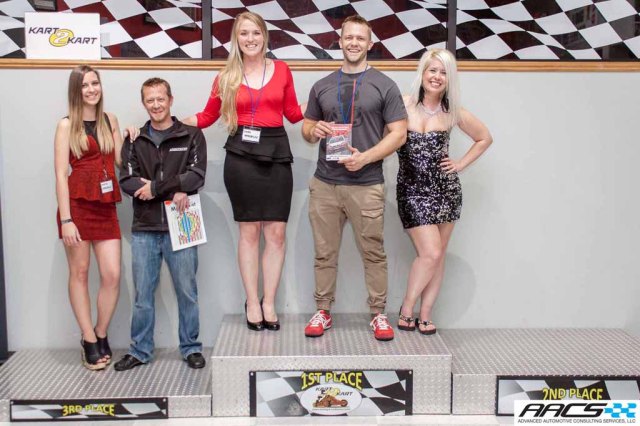 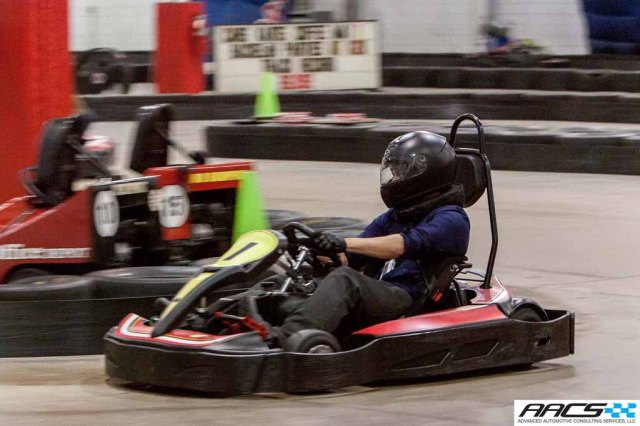 In the A-Main Steafno R. exerted FCA’s dominance and had a 5 second win over Max S.  FCA also finsihed 3rd with Eric G. setting a unbelievable lap time of 26.599 to finish 3rd.

The Plastic Plate Enduro race was led by FCA Team #1 (Stefano, Adam, James) beating FCA Team #3 (Eric, Kevin, Bob) by over a lap.  Team Ford (David, Anthony, Artur) was close behind but finished 3rd by a hair.  Team Toyota (Ray, Stuart, Frank) looked to have the race locked up until a spin cost them the race.

In the end, FCA’s performance paid off, since all those bonus points brought FCA to a total of 51 points for all three events. FCA took home the trophy as the Fastest Design Studio in the East!  Way to go. FCA has been home to the trophy since DNATR #50.

Although FCA might’ve walked away with the biggest trophy, GM get’s bragging right for the event’s fastest lap. Congrats to Micah J. (GM) for coming in with a 26.339 second lap during the Plastic Plate Enduro Race, on GM Team #2.  Here are the 10 fastest laps of the week so you can have something to argue about this week. 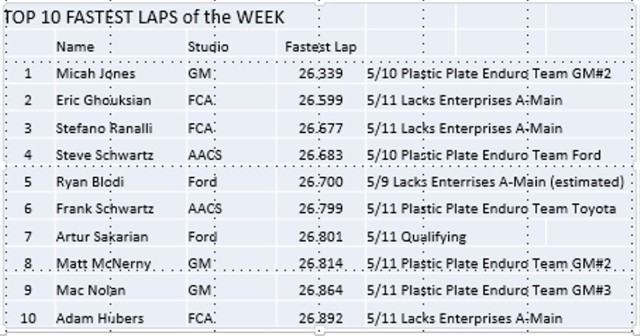 Here are a few more pictures and you can see the entire albums here:

And thanks to Kristin for the awesome writeups. Ed 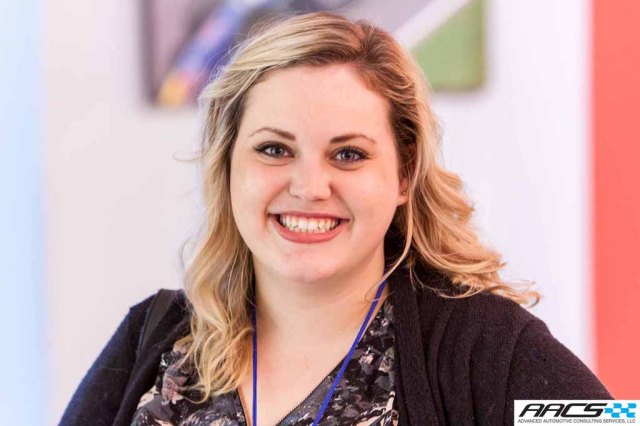 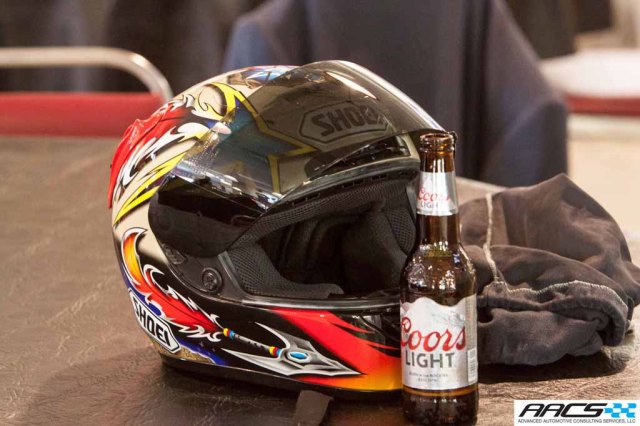 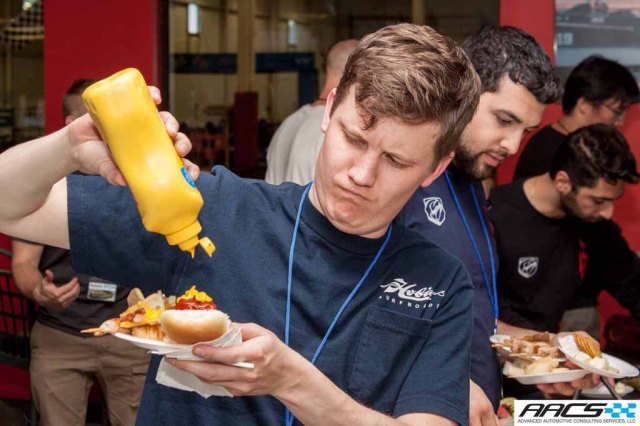 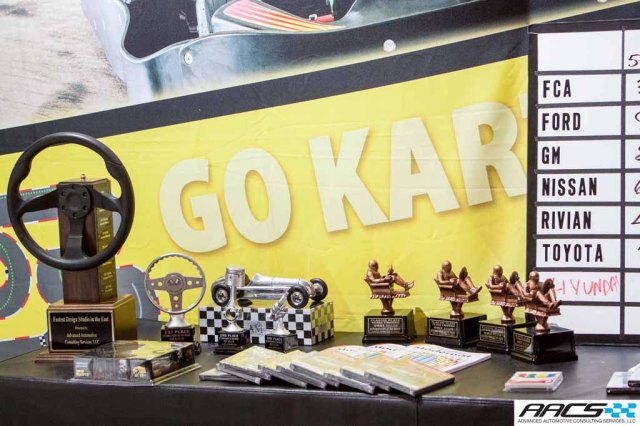 Congrats to all of the winners.

See you back on the track this fall.

Frank Schwartz is the founder of CarFriend.me and Advanced Automotive Consulting Services, partner in The Middlecott Sketchbattle Experiment and serial entrepeneur. A long time automotive enthusiast, Frank started reading car magazines at the age of 8 and has spent 30+ years working inside the automotive industry. In his spare time Frank races with the Sports Car Club of America, spends time working on his numerous project cars and supports many local charities.
View all posts by Frank Schwartz →
This entry was posted in Designer Night at the Races and tagged ABC Group, Autodesk, Designer Night at the Races, Kart2Kart, Lacks Enterprises, Lacks Trim Systems, Lacks Wheel Trim Systems, Mobis, Plastic Plate Inc.. Bookmark the permalink.