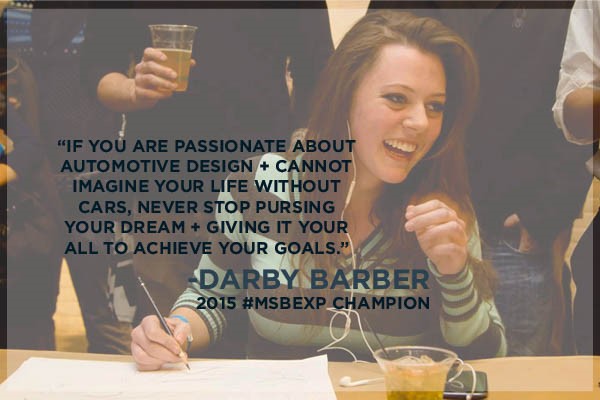 Internships and professional experience landed Darby her first job in the automotive industry. Through hands-on work at CCS and her 2014 internship, she began to understand the responsibilities of a designer. Darby also got a good feel for the everyday workings of the automotive industry, became much more team oriented and gained new creative perspective from working with other designers. 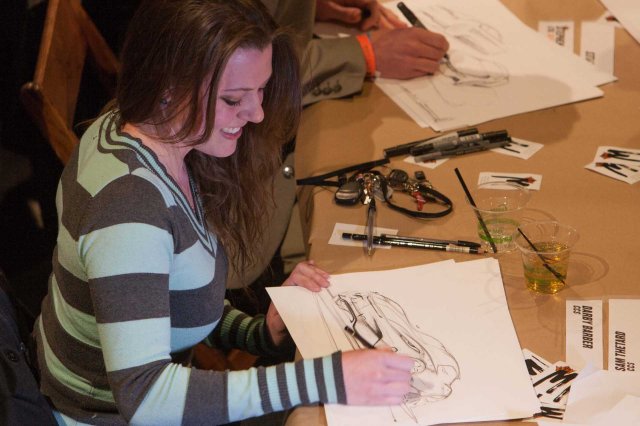 Darby was a contestant in the 2015 Sketchbattle

Darby’s favorite cars are the McLaren p1 and the Mazda Furai. “I admire these cars because of their iconic design and extreme performance capabilities,” said Darby. Camilo Pardo, Syd Mead and Khyzel Saleem are three of Darby’s favorite and most respected designers. Darby pulls her inspirations from other creatively designed products like furniture and abstract art, and is inspired by making connections from everyday emotions. 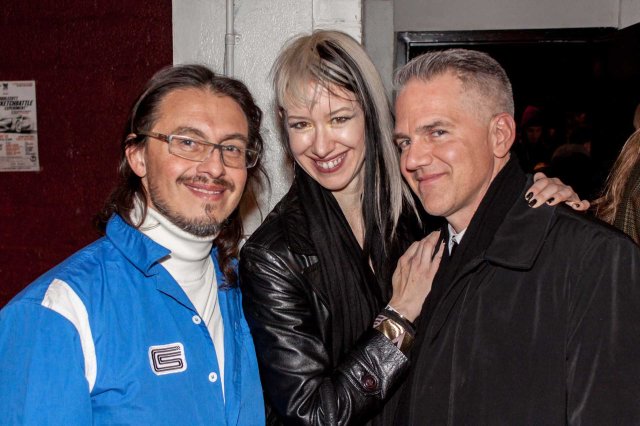 Camilo Pardo, Bethany Schorb and Kip Ewing at the 2015 Sketchbattle

Darby’s most recent work was a Mercedes concept for her senior sponsored studio in her final time at CCS. The process took her from a concept and design to clay model. She finished her academic career in a presentation on a 5th scale clay model. 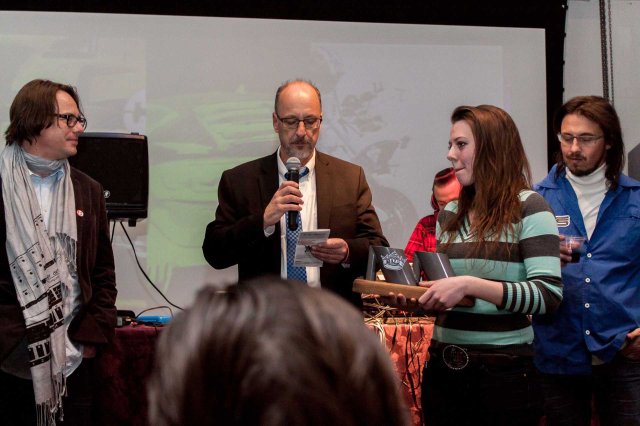 Darby thinks the biggest challenge facing future designers, is the ability to push the boundaries to achieve iconic and timeless design while staying within the safety standards and regulations. The Middlecott Sketchbattle Experiment opened up many doors for Darby, and created many connections for her. Her winning 2015 title at #MSBEXP brought her into many automotive conversations she would have otherwise missed. 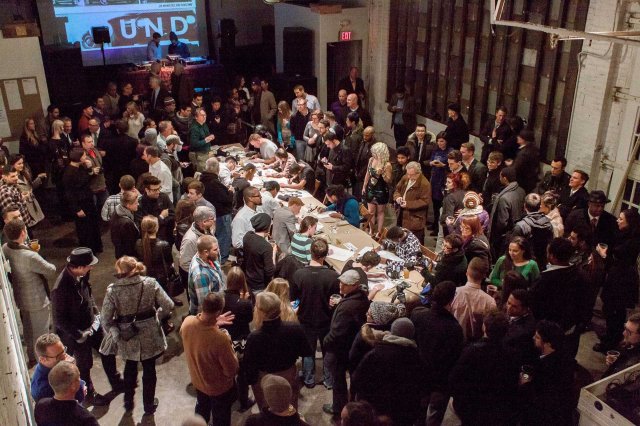 She recalls her favorite part of #MSBEXP was the fun environment and friendly competition between peers, and being able to show off at the same time. “Winning the Sketchbattle was an achievement and an honor that I will never forget. I had so much fun, winning was just a bonus,” Darby said. 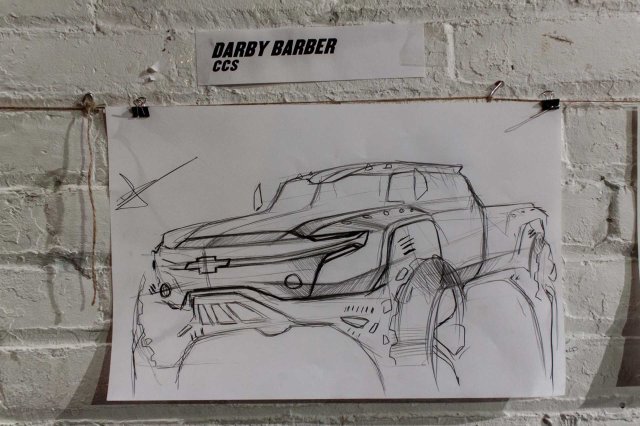 Darby hopes she can attend #MSBEXP this year, either at the drawing table or cheering on fellow designers. Editor’s note – Darby will be competing to defend her crown next week Tuesday January 12th at the 2016 Detroit event – tickets can be found here.

Frank Schwartz is the founder of CarFriend.me and Advanced Automotive Consulting Services, partner in The Middlecott Sketchbattle Experiment and serial entrepeneur. A long time automotive enthusiast, Frank started reading car magazines at the age of 8 and has spent 30+ years working inside the automotive industry. In his spare time Frank races with the Sports Car Club of America, spends time working on his numerous project cars and supports many local charities.
View all posts by Frank Schwartz →
This entry was posted in Design Events, Uncategorized and tagged Darby Barber, Middlecott Sketchbattle Experiment. Bookmark the permalink.