The last few car shows I have attended were all pretty much the same flavor (and trust me, few is an understatement, I have been to a bunch).  I say “flavor” because for most shows the ingredients are the same; a nice venue, good weather and a static parking area of cars on display.   The Dream Cruise is a nice change as you can sit and watch them pass you instead of walking through a grass field.  But in the end, its like a TV show – it happens at a distance and if you are lucky the cars stop near you so you can check them out.  If not? good luck with the traffic.  “Enough” said the innovative mind behind the Middlecott Sketchbattle Experiment™, lets have a bonafide Car Battle!

So what is different about the Design in Motion Car Battle from all other car shows?  To begin with it needs to be clear that this is a Car Show for EVERYONE!  Got a scratch on the fender?  Doesn’t matter, bring it anyway.  Why? Because the winner is NOT graded on the ultimate overall condition of the car.  All the bolt heads under the hood not aligned in the same direction?  Again, that is NOT part of the scoring. (Ed’s note – trailer queens are also welcome – just saying there are no bonus points for trailering it to the show).

Yes, my less than perfect 914 qualifies – can you spot the missing part

So what is different about this car show?  The Design in Motion Car Battle 2014 is not just about your car, it’s mainly about you.  By 4pm the cars will have arrived and parked in the “paddock”.  Now, the word “paddock” is generally reserved for race tracks and describes the area where cars are kept before the real festivities are held (and actually was originally used to describe the place at a horse track where the horses are exercised before the race).  The paddock will be open to the general public but no scoring will take place. 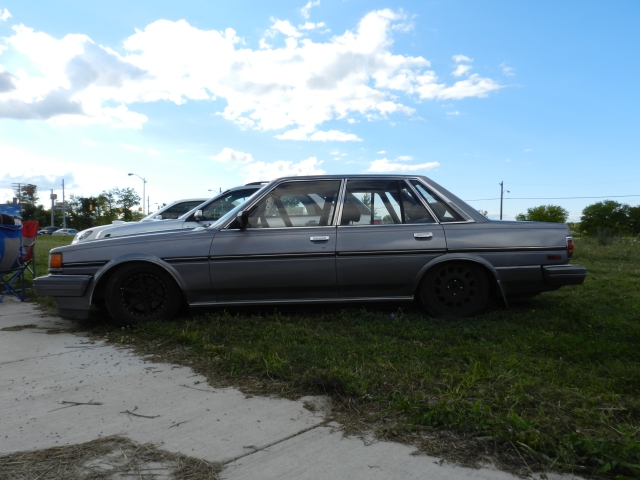 So when does the scoring take place?  Once the competitors have arrived, the cars will be driven one-by-one to the judges stand.  There the drivers/owners will be approached by the judges and questioned about their car, its modifications and how they use it.  Daily drivers = awesome.  Some judges may give extra points for that.   Working a second job so you can afford the rims?  Definitely bonus points.  In the end it all comes down to Design, Character, Orginality, and Wow Factor,.  After the judges are done with their inquisition, the cars are presented to the audience in a rolling car show.  What is a Rolling Car Show?  You have to come to see it, let’s just leave it at that.

Why is the Car Battle setup this way?  Because we love cars and the Detroit car culture.  This is NOT  your typical car show – and we want to keep it that way.  It is part of the Detroit Design Festival and was conceived to celebrate Detroit’s unique culture and the passion of the residents of the area. 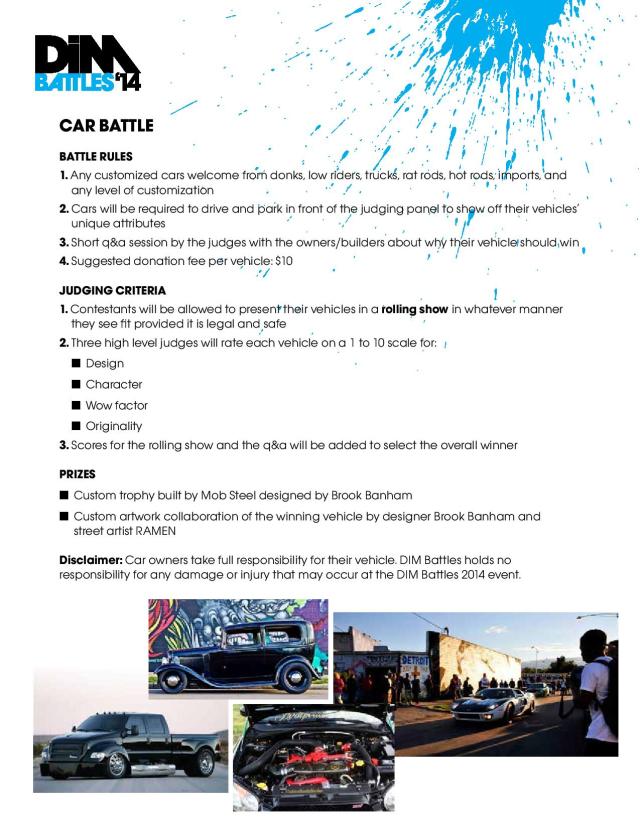 One other thing, this Car Battle is a benefit for the Animal Aid Foundation.  While it is free to enter the event, the organizers are asking for a $10 donation to Animal Aid.  In addition, Animal Aid will be bring some fantastic prizes that will be raffled off.  So come out, support pet adoption and have a great time.  Here is a link to register your car, truck or other motorized vehicle.  Make sure to do it soon as the space is limited. And just because we know people will ask where we have hidden the location  – its in the picture at the beginning – Tangent Gallery 715 East Milwaukee Detroit. 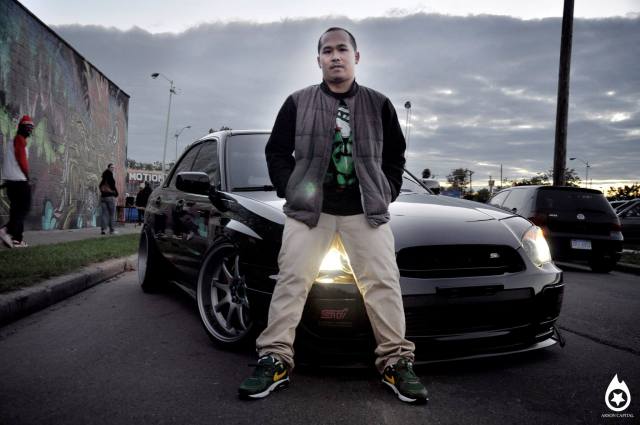 What do I get if I win?  Ever heard of Mob Steel?  Yeah, these guys.  Mob Steel has graciously built and donated a custom trophy designed by Brook Banham.  In addition, the winner gets a custom piece of artwork of their car by Brook Banham and street artist RAMEN.  Much better than your typical car show trophy.

So who are the judges?  That, my friend, is a closely guarded secret. Suffice to say that they tend to be well know and famous (or infamous in certain cases).  Last year we had a share of local automotive and art scene celebrities including the newly crowned Motor City Master, Camilo Pardo.  This year?  come out and find out. 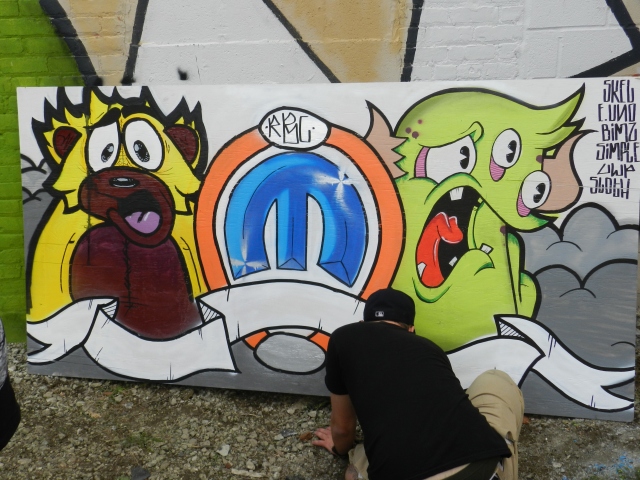 OK, you’ve almost convinced me.  What else is happening while we are looking at some cool cars and more importantly, what are we doing to celebrate after I win?  There are plenty of other activities to keep you occupied.  Alongside the Car Battle will be a Graffiti/Street Art Battle. Contestants will bring their own “canvas” – which can be anything, from plywood to an entire vehicle – and can create/finalize their automotive-related artworks on location.  The entries will be judged by experts who will take into consideration design, relevancy with the automotive theme and choice of medium and “canvas”.

After the trophies are awarded (around 8pm) the party starts.  This year we will conclude with a Sketchbattle (more on that tomorrow – or you can read about January’s event here https://thesupplierblog.com/2014/01/21/afterparty2014)