Where is Everybody? – Los Angeles Auto Show 2013 and The Connected Car Expo

To say that the Los Angeles Auto Show was a disappointment car-wise is an understatement.  After walking the floor we came to the conclusion there were very few new and interesting cars and that the show was full of things we have already seen.  We had a hard time finding more than 5 World Introductions of the truly new variety out of the 30-35 “new” vehicles on the floor.   Perhaps this is the new world we live in where the internet spoils all surprises.  Or perhaps this is because manufacturers are moving introductions to random dates and venues to ensure exclusive coverage.  But we think the real root causes sit 5,400 to 7,200 miles west. 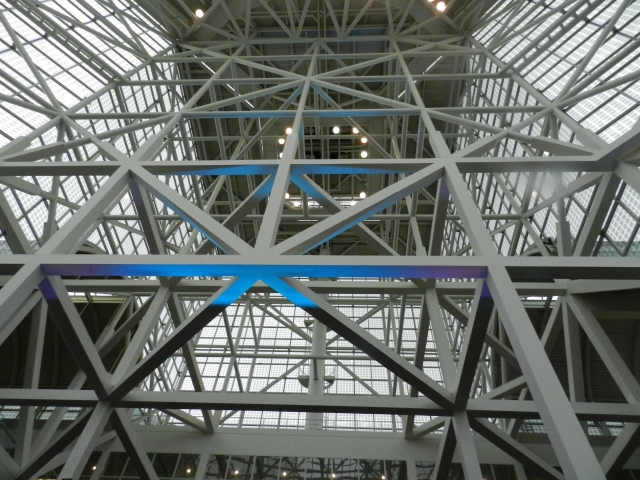 For the second year in a row the fact that the Tokyo Motor Show and Auto Expo Guangzhou China started the same week as Los Angeles had a serious impact on the show. And this year the impact was felt.  It appears that when senior management is missing, so is the money for the booths and the vehicles.  The biggest slap-in-the-face may have even been delivered by Lexus.  The facelifted CT200h Hybrid was revealed in Guangzhou and not LA – the world’s largest alternative fuel/hybrid market.  To read more about our show report for electric and hybrid vehicles (Honda FCEV Concept, Hyundai Tuscon Fuel Cell and VIA Trux) please click over to Green Car Design.

That is not to say the trip to the west coast wasn’t worth it.  First, even though the temperature was in the 60s with an occasional drizzle the weather was still better than Detroit.  But mainly because the best part of the all the auto shows we attend is running into old friends and the second best part is the new ones we make.  And if the show floor wasn’t that great at least LA added a new event, that for me anyways, salvaged the show; The Connected Car Expo – where Cars, Technology and Genius Converge.

The Connected Car Expo is new for this year, and brought together industry experts to discuss topics as varied as Autonomous Cars, Big Data, Distracted Driving and Infotainment.  While some key automotive executives were part of the discussion panels, the real stars were the experts imported from places outside Detroit; Cisco, Google, Nokia, Splunk and Verizon among others all supported the event.  There was even a FastPitch event where entrepreneurs competed for a cash prize presided over by Robert Herjavek of television’s Shark Tank.

Is Big Data the Next Big Thing?

The program summary indicated that the point of real automotive transformation is not when data flowing into the cars, but is coming when data starts flowing out.  The panel included Jim Pisz of Toyota, Niall Berkery of Telenav, Kevin Link of Verizon, David Jumpa of Airbiquity, Ben Vos of Sprint and moderated by Roger Lanctot.  Among the most interesting part of the conversations was that the panelists have a very different view of the automobile – one even called the automobile “nothing more than a big connected smart phone”.   Kevin Link, Verizon’s Senior Vice President of Telematics postulated that once insurance companies get a hold of your driving data, the results might not be popular.  For example, common sense is supported by insurance data – right hand are safer than left hand turns.  So maybe they start tracking your driving habits and charge according to how many left hand turns you make.  Or the fact that “after 10pm, 30% of drivers have alcohol in their system”.  On a less controversial topic Jim Pisz, Corporate Manager, North American Business Strategy, Toyota talked about their Social Media Intelligence Center to monitor consumer opinions and fast track resolutions when there are issues.

The program summary for this panel could be summed up in a very short way:  Autonomous Cars – when, not if.  But even if the panel agreed it was coming, they was clearly split on the when and even more split on the how.  Ron Medford of Google, Jeff Klei of Continental, Sven Beiker from Stanford and moderated by Joseph White of the Wall Street Journal barely agreed on any points.  Jeff Klei, President of the NAFTA Region for Continental North America discussed automated driving, not self-driving – a pretty clear difference.  He further mapped out an incremental adoption timeline that included: 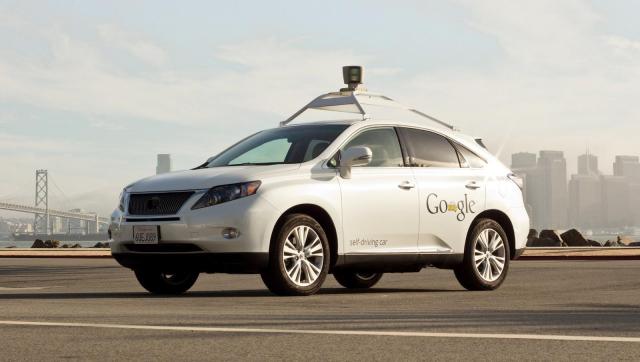 Google added this Lexus RX450h to their test fleet in 2012

Ron Medford, Director of Safety for Self-Driving Cars, Google stated their aspiration is entirely different – a driverless car completely self contained with full adoption when the technology is ready.  Then he dropped this bombshell “People shouldn’t think there will never be accidents with this technology”.  Wait, what-what-what? I thought that was the whole point.

Google may be waiting for a fully autonomous system to launch, but the incremental implementation process has already started.  Sven Beiker, Executive Director, Center for Automotive Research at Stanford University brought up an interesting topic that I had not previously considered.  If the automated car needs to be returned to the control of the driver, how long does that take to occur.  In their tests a blindfolded driver needs about 6 seconds to become aware of his surroundings when the blindfold is removed.  But becoming fully aware and in the loop to take full control and make a decision can take as long as 60 seconds.  And if the driver were asleep the time would be even longer, perhaps much longer. There appear to be a lot of accidents waiting to happen during this time. 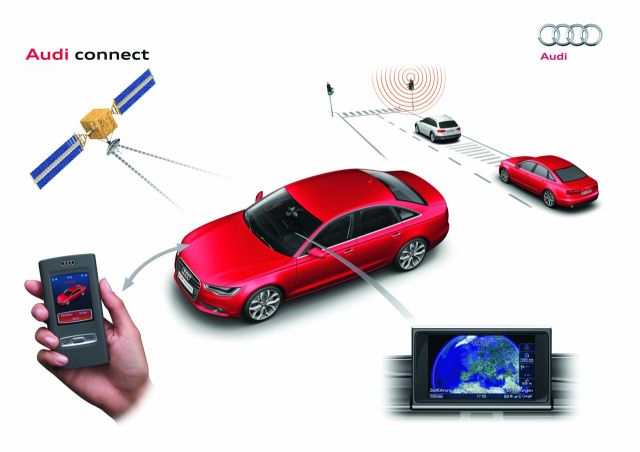 As a self-avowed auto enthusiast the idea of being driven about by a robot chauffeur is highly unappealing.  And  as additional facts get divulged my position seems to get more militant.  Clearly the concept of autonomous vehicles can be seductive.  For example, who can complain about a car that drops you off at the office front door, finds its own parking place, and then picks you up for lunch like Audi’s Connect System. 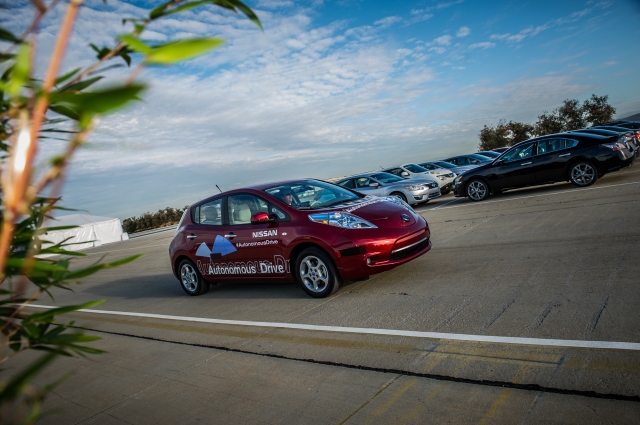 But there are many parts that still bother me.  For example, Henry Blodget from Business Insider brings up 3 clear and serious issues with self-driving cars; 1) snow 2) changes in infrastructure (ie construction etc) and 3) human directed traffic (ie traffic cop).  In addition it is clear that in general, people become better drivers the longer they drive – practice makes perfect.  If people only have to drive when the computer is confused, how skilled will they be?  And finally, the thought of what the government regulation is going to look like to allow self-driving technology scares the heck out of me.  I worked in automotive lighting for 15+ years and we had to deal with FMVSS108 – it is 183 pages long!  What will the regulation for autonomous cars look like?

The Future of Transportation Through Technology

This panel moderated by Damon Lavrinc, Transportation Editor, Wired got off to the proper tone when  Catherine Lovazzano, Senior Manager, Consumer Trends and Foresight, Chrysler Group LLC shared one of her favorite quotes “The future is already here — it’s just not very evenly distributed.” William Gibson.   The discussion covered numerous topics, from young drivers, to car sharing to maps.  Ogi Redzic, Vice President, Connected Driving, Nokia HERE brought forward the point that today’s maps are only accurate to about 1 meter precision.  That won’t be enough for the lane level positioning autonomous systems will require which means the entire map database will need to be re-scanned. 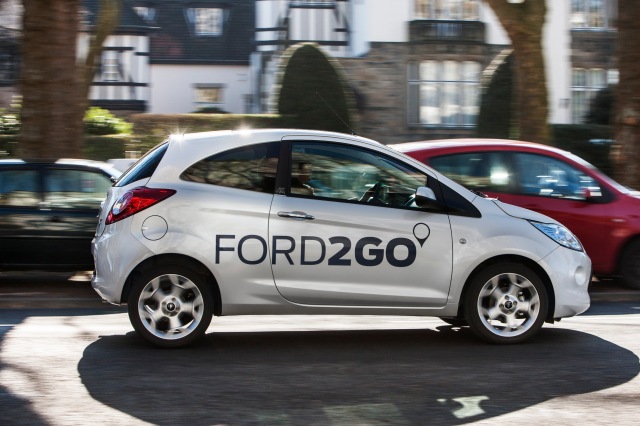 In-car technology was a big subject matter as well.  There was disagreement if young people were less interested in automobiles in general, just more interested in technology or can’t afford today’s transportation options.  From the technology side John Suh, Managing Director, Hyundai Ventures offered that the car “is the ultimate wearable”.  As one panelist concluded, perhaps the auto industry needs to transform from building cars to selling travel time.

How Entrepreneurs Will Change the Automotive Industry

Perhaps the most energetic panel of the evening was the one filled with entrepreneurs.  As automotive data becomes more open and big data become more prevalent, entrepreneurs will be the one that force the real change in the industry.  Moderator Jon Alain Guzik, Founder/CEO of Hubris Factory Inc. led a spirited discussion on an outsider’s view of the future of the auto industry.

Sam Friedman, ParkMe Co-Founder & CEO talked about the fact that people “have 3 screens; computer, television and the car”.  He admitted he doesn’t drive a car, he uses an electric motorcycle to get back and forth to work.  And followed that with “If I knew about mopeds before starting Parkme I wouldn’t have started it”.  The takeaway?  Ignorance apparently fosters creativity.

Robert Herjavec, ABC’s “Shark Tank” Co-Star  commented that “This is golden age of the car industry.”  He sees a future where the average car will become an appliance and only certain luxury and sporty cars will offer a real driving experience.  We hope not.  On an interesting side note he noted he was scheduled for a Porsche 918 test drive in the next few days to which Erik Swan, CTO and Co-Founder, Splunk (and fellow racer) asked how he managed that? Apparently it takes a “rich guy Rolex”.   Swan further related that it takes 9 months to get a meeting with a car company followed by 6 months of waffling – been there.

In summary, the Connected Car Expo was a wonderful day of ideas, discussion and thought provoking concepts.  But it did not cover everything – here are a few great ideas for tech that doesn’t seem to exist yet.  Tomorrow we start our review of the cars from the show, starting with Audi.