Spending your whole career with just one company is rare anymore.  Its seems like every day I have to update my database of designer’s contact information because somebody has left one firm and joined another.  Heck, in some cases it is almost as if the car companies are trading designers like sports teams trade athletes.  But our subject today is different.  Andreas Nilsson, Design Director Strategic & Interaction for Volvo has spent his whole career in Sweden (aside from a brief assignment at Ford in Dearborn).  We were able to catch up with Andreas at the North American International Auto Show in Detroit where Volvo introduced the XC60 Plug-in Hybrid.  While Andreas did not have anything to do with that program, he was responsible for the Concept You on display that was introduced at the IAA in Frankfurt last year. 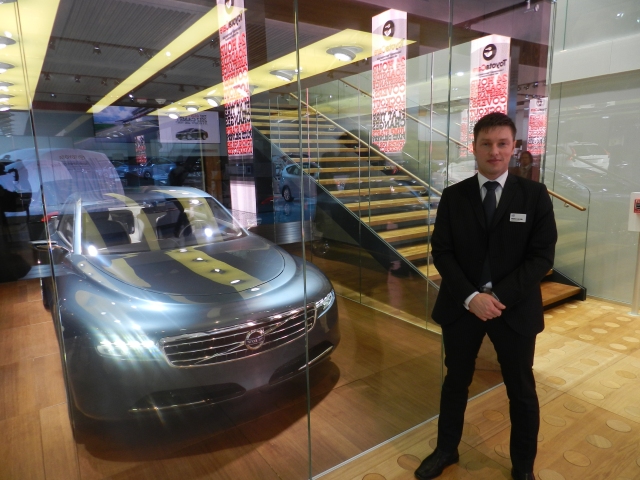 Andreas Nilsson and the Volvo Concept You

TSB: When did you know you wanted to be a car designer?  Andreas: When I was about 10 years-old.  My dad was a car dealer so I guess I grew up with cars.  The dealership was on the ground floor and we lived upstairs.  I was never really interested in selling them and then at the age of 9 or 10 I started sketching. 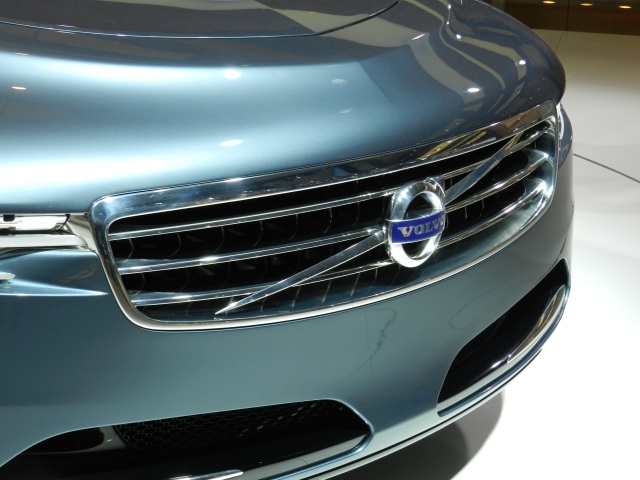 TSB: Which design school did you attend and why did you choose it?  Andreas: I visited Art Center in 1989 when we were on vacation. I planned to attend at their Swiss campus but it closed down so I went to school in Sweden for Technical Illustration.  I interned at Volvo during the summer where I met Peter Horbury who suggested I might like Coventry better than the Swedish Schools so that is where I ended up.

TSB: What was your first design job?  Andreas: It was the internship at Volvo.  Then after I graduated Coventry they hired me direct. 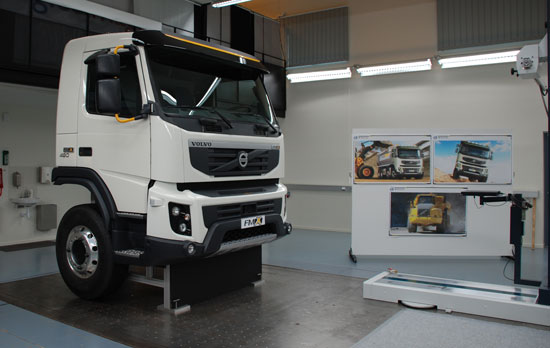 TSB: So what lessons did you learn on that first job?  Andreas: My internship was actually in the Bus Division of Volvo.  We did full size clays …. of the front and rear ends only of course.  So I learned that it is sometimes tricky to judge things on screens.  You really have to see it in person to understand the form and shape.  The scale in your mind is not exactly reality.  It was also the first time I was around a full team working on things.  Up until then as a student you are usually working on things by yourself.  So I learned you can no longer be a one-man-show.

TSB: We know it is a cliché question but we still want to know ‘What are your favorite cars?’  Andreas:  The Porsche 911 is evolving in a really nice way.  It doesn’t seem possible but the new one is even better, it really is a high quality design – very well executed.  The McLaren F1 of course and the Alfa GTV 1600, a normal three-box design that is really well proportioned.  At the show here I am really liking the Dodge Dart. 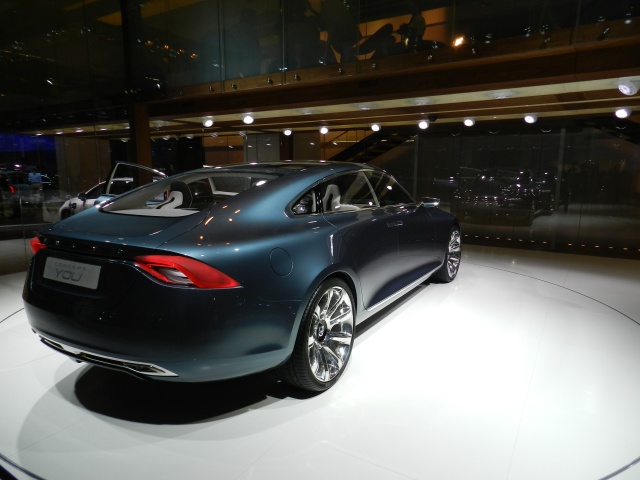 The Concept You in Frankfurt

TSB: Where do you draw your inspiration?  Andreas: Everywhere

TSB: What other designers do you respect?  Andreas:  No one in particular.  The thing about being a car designer is that you develop a lot of respect for some people and then you meet them, end up working with them and realize they are normal people just like you 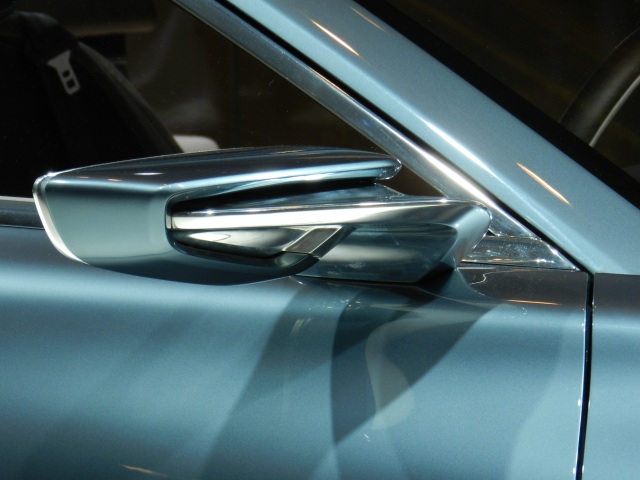 TSB: What was the most recent project you worked on (that you can tell us about)?  Andreas: The Concept You that is here is the last car I worked on, it is built off the next generation platform.  Yes, we have had a lot of comments on the front end – it has divided people.

TSB: What ere the specific challenges on working on that program? Andreas: It is not retro, we were sticking our chin out a little bit.  Not every car needs to have an aggressive front end where the eyes are pulled back.  It has a grace, like Grace Kelly. 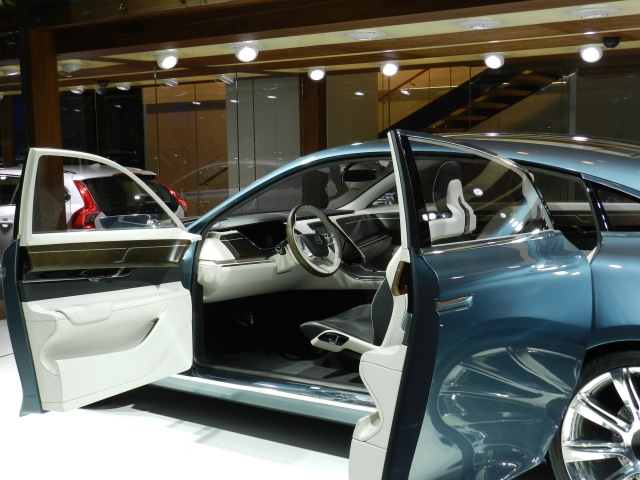 TSB: What words of wisdom would you impart to a design student just starting out their career?  Andreas: First they have to be passionate about cars and car design.  We are looking for designers with a unique expression and a reason for their designs.  It is not always the fanciest modelers or best at sketches who gets the job, it is the designer that best captures the emotion.  We see tons of portfolios – show us that you understand the difference between the brands – what is your interpretation of Bentley versus Renault .  Don’t just take your design and slap a VW badge and send it in.

TSB:  Thank you for a great conversation and have a great flight home tomorrow.  Andreas: Thank you too 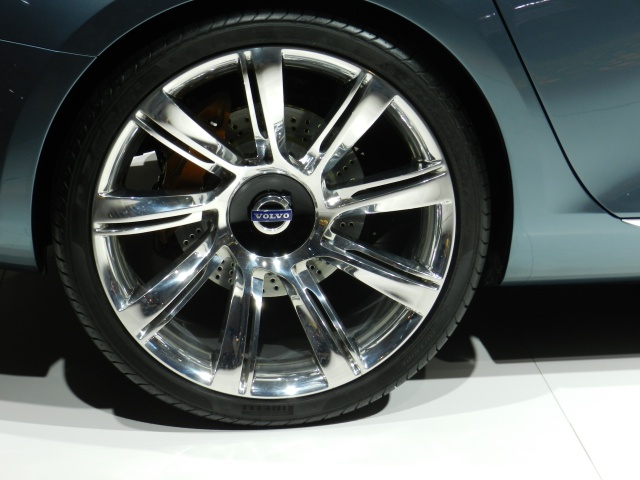 Frank Schwartz is the founder of CarFriend.me and Advanced Automotive Consulting Services, partner in The Middlecott Sketchbattle Experiment and serial entrepeneur. A long time automotive enthusiast, Frank started reading car magazines at the age of 8 and has spent 30+ years working inside the automotive industry. In his spare time Frank races with the Sports Car Club of America, spends time working on his numerous project cars and supports many local charities.
View all posts by Frank Schwartz →
This entry was posted in 10 Questions with... and tagged Andreas Nilsson, Peter Horbury, Volvo Bus, Volvo Concept You. Bookmark the permalink.