As I was walking around the Frankfurt Auto Show two weeks ago (has it been that long already?) I was struck by the continued emergence of the Eco-Brands at most of the auto makers (I am including all manners of “green” vehicles in my description of Eco-Brands, from high mileage special editions to hybrids to alternative fuel to full electrics).  The show even had a special pavilion set aside for Elektro-mobilität.    Before we get into the trends though, allow me to make a quick little detour; this recent article by Automotive News  should be a bit concerning to all those manufacturers who are investing millions and millions in their electric vehicles.  Hyundai may be the smartest of the bunch by sitting back and waiting for the technologies to sort themselves out.  And before I get hung by the left for being “pro-gas”, let me provide full disclosure than fully 40% of my “fleet” in the US is Eco (powered by Diesel).  So, I was thinking, what items help define the success of an eco-vehicle more than design?

My Favorite Electrics at the Show - Carrera Rennbahn

If you want to talk about a successful eco-automobile you have to start your conversation with Toyota and their Prius.  A singular vehicle so successful it spawned its own brand.  There is no doubt that the engineering of this vehicle is a major contributor to its success but I personally do not find it surprising that its real sales success came after that major redesign with the 2004 model.

So if the Prius is successful because of its design, how do you think the following will do? First up is the Mia Electric, which had to be my favorite electric to see riding around the test loop – especially when it was full of a bunch of suited-up German auto executives.

And if not the Mia, what about a less well know future entry into the market?  The first electric car from Croatia, the XD from Doking?  I didn’t even know that Croatia had an auto industry, although I was fully aware that they have a thriving automotive design culture, as proven by the annual Automotive Design Conference in Zagreb.

Aside from full electric vehicles, then there are the Hybrids and Eco-versions of regular production gas engined vehicles.  Many manufacturers, however, make do with nothing more than a bunch of badges and logos to help distinguish these models from their more common brethren. 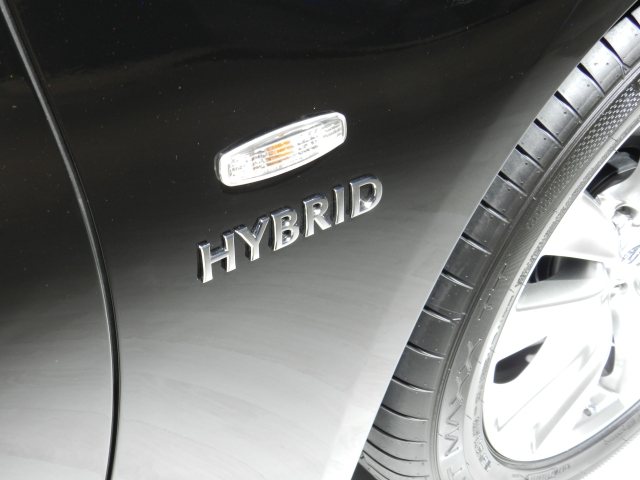 Ford has taken a stronger route to giving their Hybrids and Electrics’ notability by giving them a special grille.  I don’t think the striping and decals all over the car at the show will make production but who knows, stranger things have happened.  SEAT also changes their grilles for their Ecomotive versions, but I think its more for function and aerodynamics than it is for styling.

BMW, on the other hand, has made sure everybody notices their hybrid-electrics.  At least that will be the case if the design of their concepts actually make it to production.

Unfortunately, BMW’s Eco-mobiles – the EfficientDynamics Editions did not have the same designer for the wheels as the rest of the vehicles because in my opinion, these do not fit the BMW design ethic I am familiar with.  In fact, they look a little fat whereas BMW’s always meant this really efficient package with minimal wasted weight.

Of course, there are a few manufacturers who are taking the more premium route into electric and hybrid sales like Fisker, Tesla and my vote for best eco-vehicle to take for a test drive, the Artega SE.  The SE is the all-electric version with the equivalent of 375HP – perfect for a Sunday afternoon drive.  Speaking of Fisker, they introduced their new Shooting Brake at the show.  I didn’t include a picture last week when I wrote about it, so here it is now. 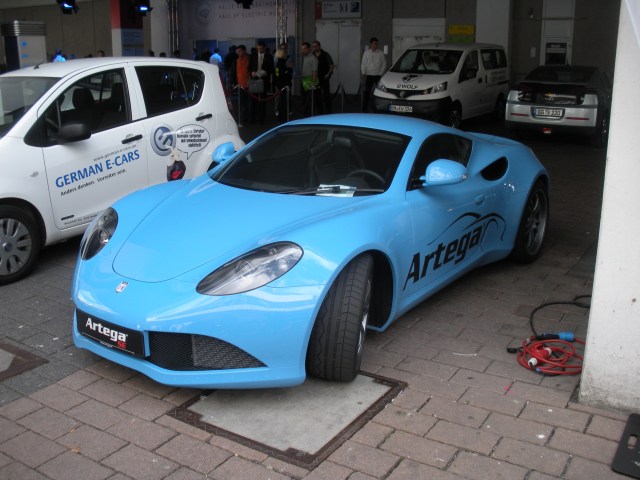 Finally, as long as we are talking about design trends, is it possible one of you do something about the appearance of this electric motor hub assembly?  (Manufacturer withheld to protect the innocent – do you like how I removed the center cap to make sure no one can identify it?)

We are almost done with our coverage of the show.  Just one more post which should be the high point of the reports as we have our favorite Designer Incognito, “The Stud” back to give us his opinion of the highs and lows of the show.

Frank Schwartz is the founder of CarFriend.me and Advanced Automotive Consulting Services, partner in The Middlecott Sketchbattle Experiment and serial entrepeneur. A long time automotive enthusiast, Frank started reading car magazines at the age of 8 and has spent 30+ years working inside the automotive industry. In his spare time Frank races with the Sports Car Club of America, spends time working on his numerous project cars and supports many local charities.
View all posts by Frank Schwartz →
This entry was posted in On The Road, Trends and Fashions and tagged 2011 IAA Frankfurt, Artega SE, BMW 5-Series, BMW i3, BMW i8, Dok-ing XD, Eco Trends, Fisker Surf, Ford Focus Electric, Infiniti M35h, Kia c'eed, Mia Electric, SEAT Leon Ecomotive. Bookmark the permalink.