IAA Day 3 – Finally Some Pictures from the Floor Part 1

If you are even the slightest bit passionate about your automotive related job you didn’t wait for this post.  But that means you’ve either seen what some journalist opined or what the automakers PR agencies want you to read.  I am not a professional photographer so if you want the best quality pictures go someplace like this.  And if you want the most in-depth design critiques there are places for that as well like this.  So if you are still reading then I hope you are interested in a former supplier’s unbiased descriptions of the vehicles on display because that’s all I know how to do (even if I lose a friend or two in the process).  Early next week I will publish some component specific trend analysis (like wheels, headlights etc) but until then lets take a slow tour of some significant vehicles that were displayed…. 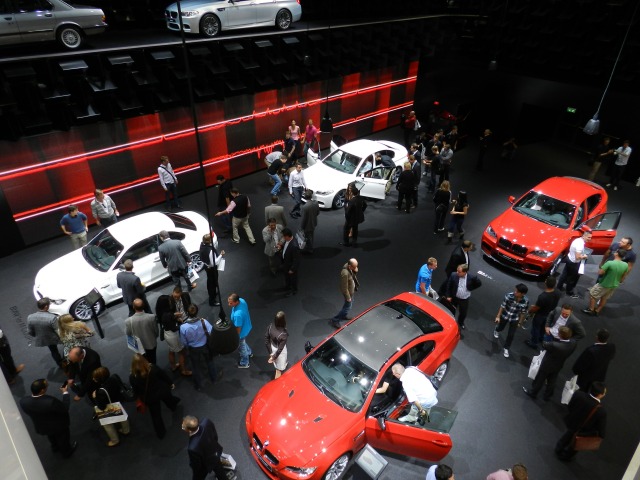 First up was Halle 11and BMW’s i3 and i8 Concepts with their transparent doors and intense colors.  One of the problems that hybrids, electric, alternative fueled vehicles have faced is should they be designed to appear different and if so, by how much.  Toyota obviously did an excellent job with the Prius where others have failed (names deleted to protect the innocent).  The BMW i-pair are like nothing else on the road and I for one find the designs and color scheme attractive.  The BMW Group also introduced the Mini Coupe which, while I am not a fan, I am sure they will sell every one they make.  Then there is the Rolls Royce Phantom Coupe, imposing to say the least.  I’ll take mine exactly like the one on display to take to my next High School Class reunion. 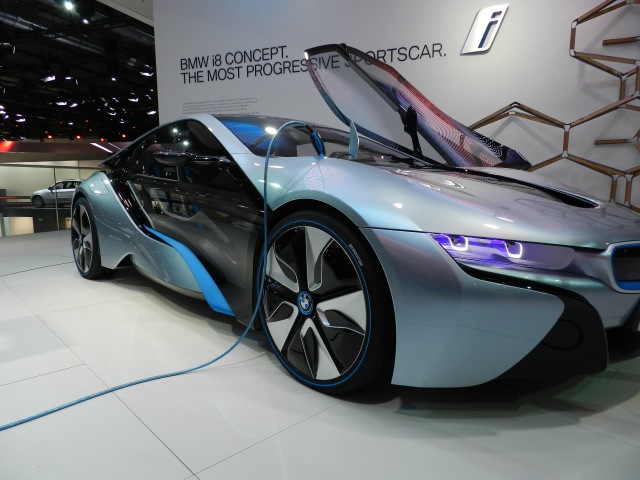 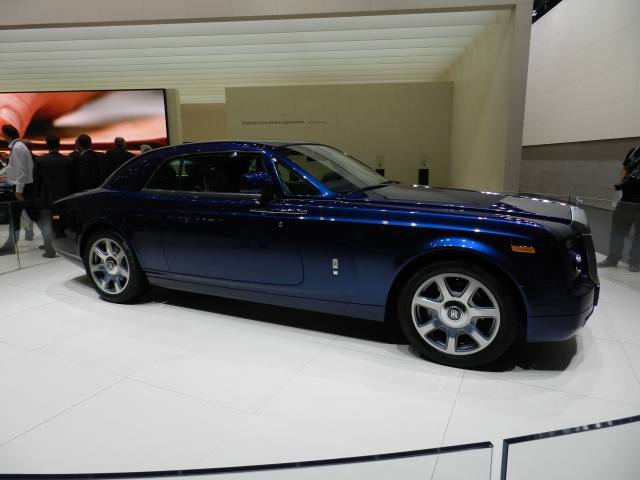 Next up are the General Motors Brands of Chevrolet and Opel, not exactly next to each other as one was in Halle 9 and the other in Halle 8.  Which is a great segue-way into a discussion on just how big the Frankfurt Show is.  I spent the day there and only covered around half the show so it will be back tomorrow to see the other half.  Back to Chevrolet and the question of why their Miray Concept was all the way over in a corner like it was trying to hide.  I thought the concept was great, kind of like what a future Corvette would look like if you washed it in hot water. 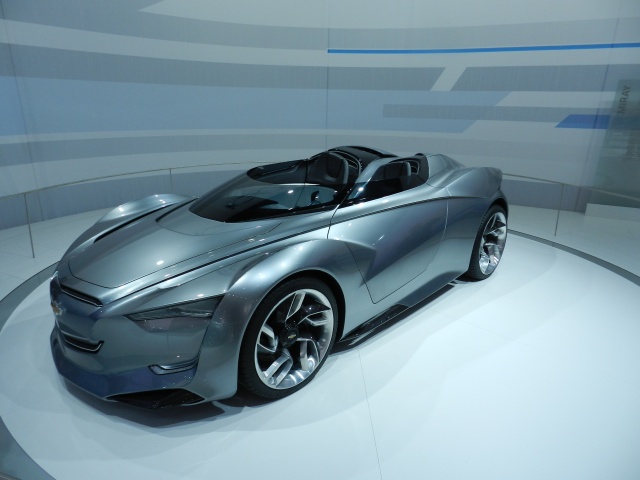 Along with the Show introduction of the Astra GTC (which I have already seen on the road), Opel had the Rak e Concept which was kind of what a 4-wheeled partially enclosed motorcycle would look like.  It certainly answers the question of how do we address traffic congestion – just make all the cars half size. 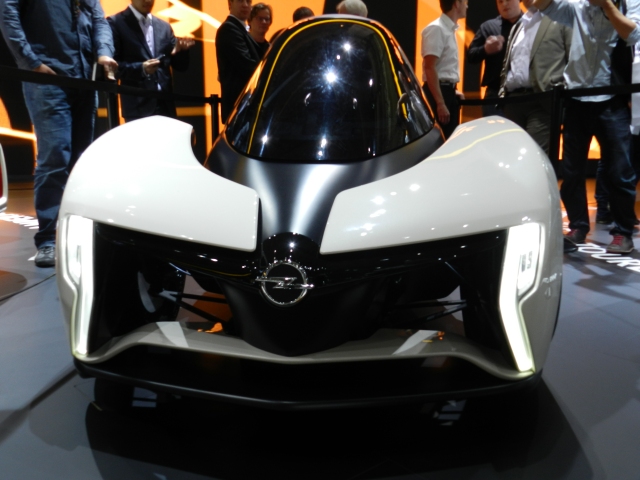 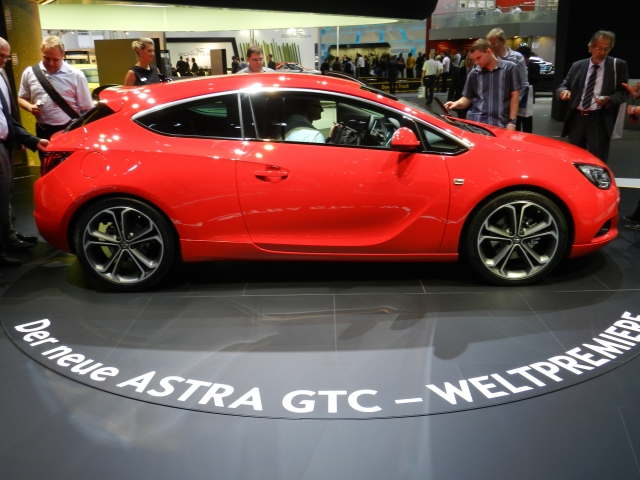 Fiat booths included the not so new Alfa Romeo 4C in a  new, but still satin, color. Introduced at Geneva, this is the first time I have seen one in person and I have to say it looks just as good as Daniela Maida’s pictures.  Of course the Lancia booth contained the re-badged Chrysler 200 convertible (Flavia Cabrio), 300 (Thema) and Voyager (Minivan).  Even the Fiat brand itself got in on the fun by re-badging a Dodge Journey as the Fiat Freemont to join its new Panda whose variations appeared to “take up half the booth” as one observer put it. 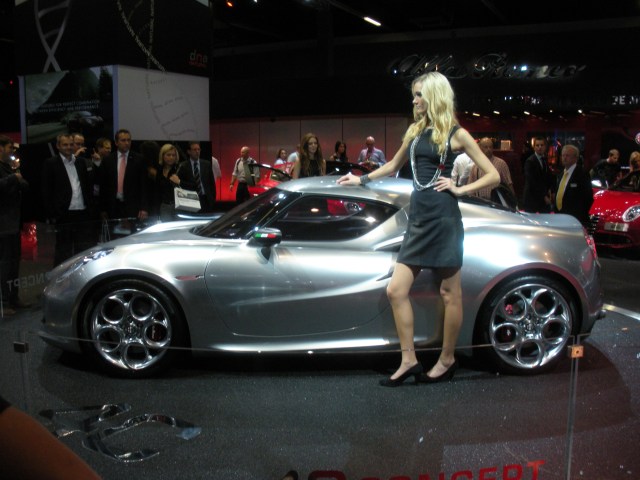 I saw pictures of the Ford Evos Concept a week or so ago when they were released and I thought that the gull wing doors looked heavy.  In person it is no different.  I don’t know about you but when I open a door above my head I’d like it to be as light as possible and still provide protection.  I can only imagine what it would feel like if it fell on you.  It is an attractive package though with the doors closed, just like the new Focus ST which looks to be a ton of fun as a daily driver. 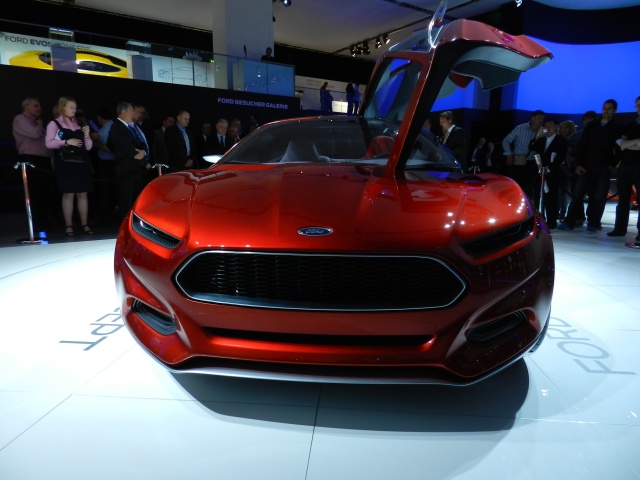 The PSA booths are always fun because they contain a whole list of vehicles we don’t get in the States (and French automotive design is nothing if not interesting).  Peugeot introduced their production 508RXH and a Concept called the HX1.  Citroen countered with the DS5 and a monster of a minivan, the Tubik.  I am fond of the entire series of DS-line of vehicles, but then I not a fan of basic transportation and they are anything but.  The Tubik on the other hand, gets my trophy for being the concept car most likely to star in its own science fiction movie (you read it here first).  Can’t say yet whether I like it or not so let’s just say it was memorable. 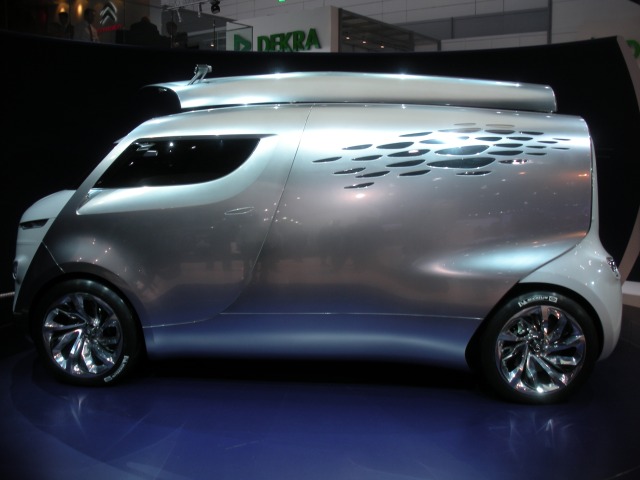 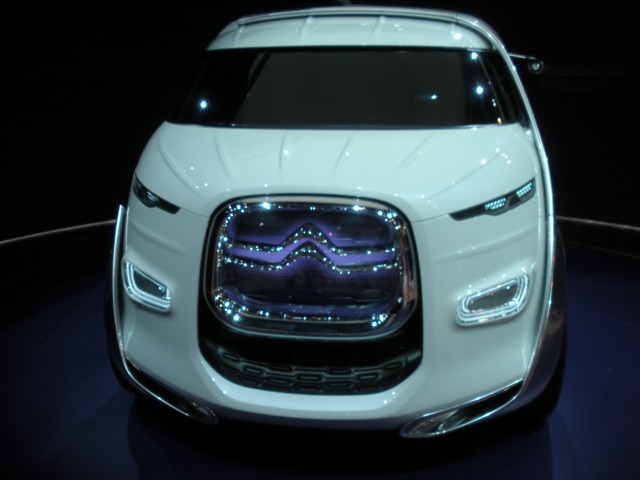 A couple of other new introductions I saw today were the new European Honda Civic and the Volvo Concept You.  I am going to leave my comments about both until next week when I cover some design details on them but here is quick picture of the front of the Civic.  And doesn’t the Volvo’s front end remind you of the flat front end of the PV544? 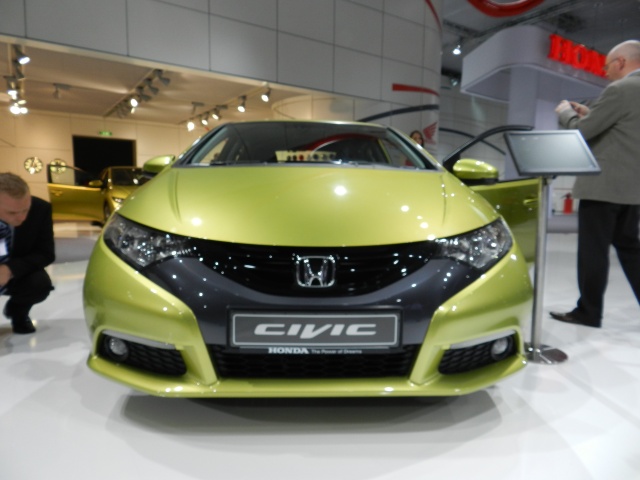 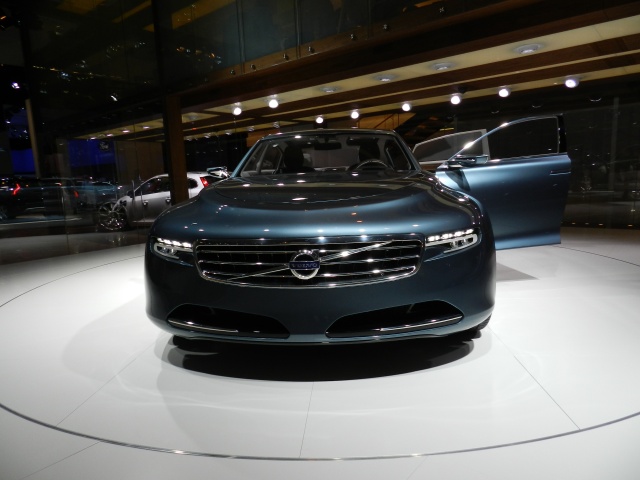