Posted on September 6, 2011 by Frank Schwartz

Obviously you guys have been missing our regular posts because of all the emails we’ve received here at HQ (not really, no one noticed).  But just because we haven’t been posting doesn’t mean we haven’t been busy.  For August is Woodward Cruise Month (that’s right all you Cruise haters, it’s a whole month!) and everything that goes along with it.  So before I launch into my tirade about Cruise Haters lets talk about a couple of nice things no one seems to complain about. 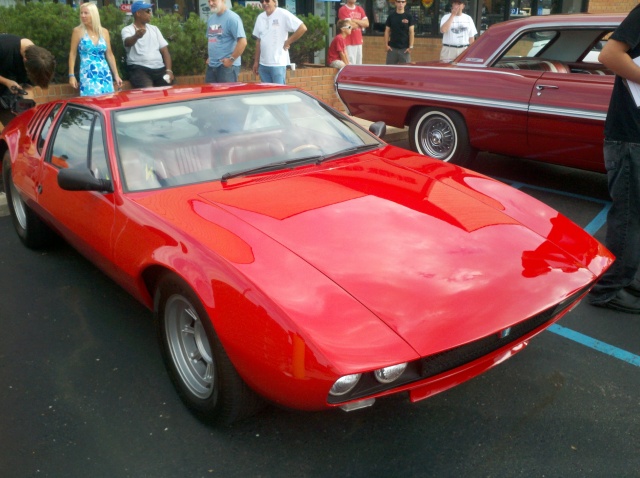 Saturday Morning at the Auto Zone

First, there is the Saturday morning get together of Car Crazies at Auto Zone on Woodward.  Started many moons ago by Eric Pasteiner, the get together features a completely random mix of vehicles.  No committee needed to approve your entry here! If it has wheels and a motor bring it by for your free cup of coffee.  At the event I attended the weekend before the Dream Cruise the cars were as random as a Ferrari Dino and a RHD Ford Capri. 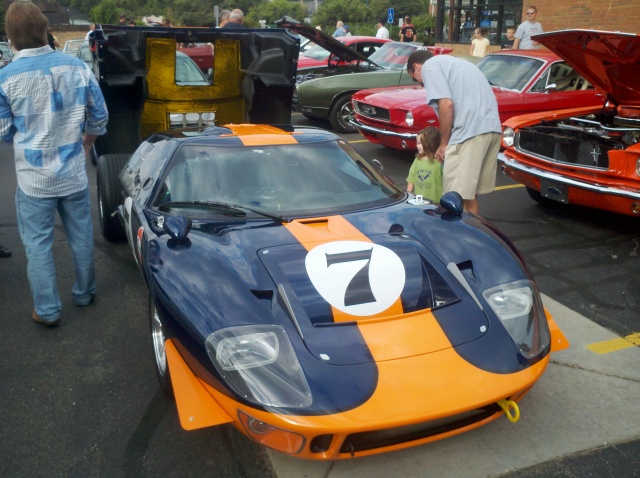 Then, the Tuesday before the formal cruise weekend is Brian Baker’s Car-B-Que.  And no, that is not an event where we burn a Pontiac Aztek.  It is a friendly, informal celebration of the automobile and “car-people” hosted by Brian and his neighborhood.  This year was my first year attending, and I was struck by how welcoming the entire neighbor was.  I don’t know about you, but I don’t think my neighbors would be too happy if I invited a hundred outsiders to bring 30+ cars and close some streets.  A big thank you to Brian’s neighbors for putting up with us.  Check out the rest of the pictures here.

The Infamous Brian Baker - the host with the most

Let’s get back to that comment about “Cruise Haters”.  I tend to listen to a lot of talk radio – not the Rush Limbaugh kind, more along the local news and events kind.  And the week leading up to the Woodward Dream Cruise is filled every year with people calling the radio stations and complaining about the Cruise.  So let me set this up here as clearly as possible, if you hate the Cruise you probably shouldn’t be reading this blog.  Because the cruise is not about the cars specifically, or the traffic, or the business it brings or hurts.  It’s about the culture of cars – just like this blog. 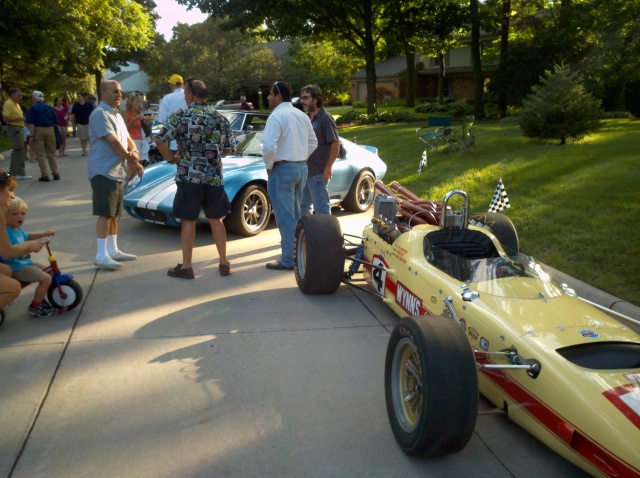 When's the last time a 1965 Indy Car was in your front yard?

I just don’t understand a city and community that owes so much to the love affair with the automobile turning around and biting the hands that has fed them.  Let me set the stage; imagine a small town in the middle of no where the towns folks are having a hard time feeding their families until someone discovers gold.  The gold brings in the outsiders but also benefits the locals who now are all making a comfortable living.  The locals soon fall into two distinct groups – those who love the gold and the improvement in their lives and those who disdain it.  Cruise Haters are exactly that kind of people. 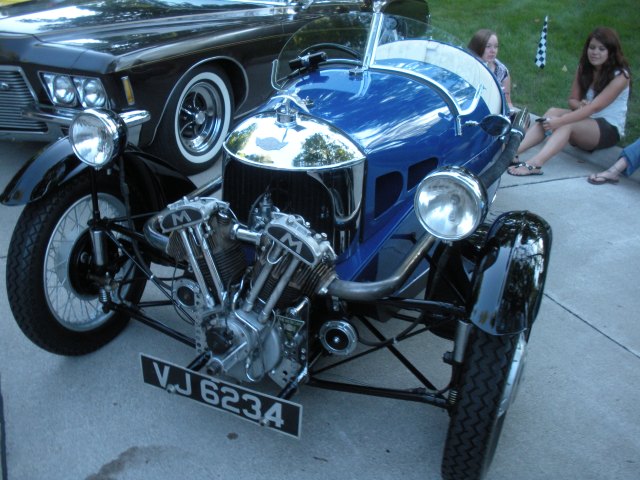 Detroit is The Motor City and I can only tell you what it has meant to me.  Since I was 3 years old I have loved automobiles.  My parents tell me at 4 I could not only name the different vehicles on the road in Germany and the USA, I was starting to be able to tell the different years as well.  By ten I was drawing cars all day and all night.  I even sent some sketches to Ford and Chrysler as a suggestion for a future vehicle.  I would probably have followed a path to become a designer had anyone given me any idea on how to accomplish it.  But I went to school in North Carolina and the auto industry was miles and miles away so I ended up in the nuclear industry.

One of my sketches

When I moved to my automotive Mecca in 1991 (that’s the Detroit area to the rest of you) I was disappointed that the car culture was not readily apparent.  My meeting with Chrysler Engineers on my first project was a shock.  I asked what kind of cars the other guys drove and was rewarded with a blank stare (and it was no different at Ford and GM).  In general the people I met could care less whether they were engineering and producing cars or window mounted air conditioners.  It took me a year to find the car guys and the stories were the same, there are fewer and fewer of us as each year passes.  And the discussions were also the same – we would make better cars and trucks if we had more people who had a passion for them working here.

So back to the Haters.  This area owes so much to the passion the rest of the country has for the automobile.  So why can’t we just have some time to celebrate that – even if its inconvenient?  Can you imagine the people living on the beach complaining about the sound of waves crashing all the time?  Or people living in the mountains complaining about the snow.  Those things are an integral part of where you are and you cannot separate the two.  And the idea that the cruise should be restricted to a weekend doesn’t work either.  I think it should be the entire month of August.  So lets start a drive to make August the National Automotive Month and cruise from the 1st to the 31st!

A Stoplight at the Woodward Dream Cruise

Next week come back and see a report from the floor of the IAA in Frankfurt.  We will have pictures and reports on the latest trends and fads, from wheels to interiors!

Frank Schwartz is the founder of CarFriend.me and Advanced Automotive Consulting Services, partner in The Middlecott Sketchbattle Experiment and serial entrepeneur. A long time automotive enthusiast, Frank started reading car magazines at the age of 8 and has spent 30+ years working inside the automotive industry. In his spare time Frank races with the Sports Car Club of America, spends time working on his numerous project cars and supports many local charities.
View all posts by Frank Schwartz →
This entry was posted in Fun Stuff, On The Road and tagged 1965 Indy Car, Auto Zone Hobbies, De Tomaso Mangusta, Ford GT40, Morgan 3-wheeer, Sunbeam Tiger. Bookmark the permalink.